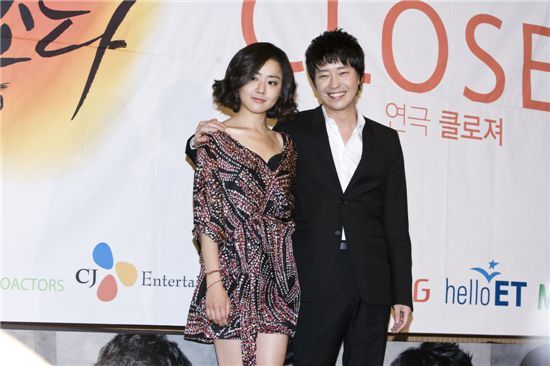 The second project of the series of plays produced by talent agency Namoo Actors and Aga Entertainment will feature Moon Geun-young and Uhm Ki-joon. The theatrical play "Closer" was written by Patrick Marber and became a huge movie hit in 2004 with Jude Law, Natalie Portman, Julia Roberts and Clive Owen. The play premiered in Korea in 2005 with a cast of Nam Sung-jin, Park Hee-soon, Kim Yeo-jin, Son Byung-ho and Yoon Ji-hye. It was performed eight times on stage and known as the main repertoire of Aga Entertainment, receiving a lot of love from the public. Unlike other works where it 'romanticizes' love, "Closer" points out the cynicism and cold aspects of it. The play reflects on how "with their own laws of love everyone breaks apart" and the selfishness and coldness of four modern urbanites. Compared to previous productions of "Closer" that had been adapted to fit the Korean sentiments, the 2010 version will be close to the original play with the same inclination and feeling to the London show. Below are the excerpts from the press conference with the cast and director of the Korean adaptation of the play "Closer".

Q: Moon Geun-young, you're talk of the town even for the fact that you've taken on the role of Alice after having shown portrayed kind and innocent images.
Moon Geun-young (Moon): I thought I had showed a strong and rough image in "Cinderella's Sister". (laugh)

Q: Moon, why did you chose "Closer?"
Moon: When I choose a project, I mainly think about how fun and interesting it will be to be a part of it. I don't choose a project because I want to transform. What I found appealing about "Closer" was that I will be on a stage, that it was a play. While watching the movie "Closer", I thought that some of Natalie Portman's acting was extremely appealing and it made me want to play the role.

Q: Alice has the interesting job of being a strip dancer but she is not calculative when it comes to love. Is there anything that you prepared separately in order to play the character?
Moon: The director, who oversees the rehearsals, told me that I'm doing a good job but said numerous times that I'm too nice. I am trying to be less nice. Now I'm greedier to become able to exchange emotions with other actors on stage, instead of focusing on the details in my speech or facial expression.
Cho Haeng-deok (Cho): There are several things that actors, who have done dramas and movies, will find confusing when they first take on plays. It was the same case for Moon Geun-young. Actors have to work on relaying their emotions more directly to the audience through their gaze and intonation since plays go hand-in-hand with the audience. It’s been about a month since we've been rehearsing but Moon caught on after the first week so I think she has been becoming closer to her character Alice ever since.

Q: You've become one of the string of actors who have recently begun working in theater. It is a lot easier to receive harsh review since you'll meet the audience face-to-face. Do you feel any pressure about that?
Moon: I feel a lot of pressure. As time goes by, I feel more nervous, anxious and scared than when I first decided to do this project. I'm only human and I don't want to hear people saying that I'm not good, but the more rehearsals we have, the more I feel that I lack in many ways and that this is a hard genre. I've always had the desire to do stage plays. Even if it's not right now, if I was still acting, I knew that I would have the aspiration and greed to perform on stage. Then I thought about how it will easier to have the courage to do it now rather than later. I'm not good yet but I'm still young so I think I'd be able to overcome criticism and pain quickly. I can fill in those shortcomings. If I took on this project at an older age, I think I'll be more afraid and my pride will be hurt. Every day, I think to myself that I should forget those negative thoughts and just do my best in acting.

Q: How do you plan on working out the scene in the club for Alice?
Cho: I plan on sticking to the original play as close as possible -- the past five productions of "Closer" used Korean names of the characters and places. That is why we retranslated the original piece and in the process, Moon pointed out several new parts that I missed out on. I plan on focusing on the conversation between Alice and Larry after the dance than the actual strip dance itself. The audience can view the scene as where the two understanding and embracing each other. There will be dancing but what's more important in the drama is how Alice and Larry's emotions change. And of course, there will be dancing. I and the choreographer are the only ones who know how much dancing there will be. I haven't talked to the actress on that part yet. Right now, all I will say is that it will be beautiful and sexy.

Q: Uhm Ki-joon, you recently announced that Moon Geun-young is your ideal woman. What was it like working with her?
Uhm Ki-joon (Eom): I am happy. (laugh)

Q: Moon, since this will be your first time taking on a stage play. Did Eom take good care of you?
Moon: I became close with Eom while drinking at the MT [an overnight trip]. (laugh) I am enjoying my time [on stage] since the other actresses and actors are taking care of me. I'm the only one who should try to do my best and not be nervous on stage.

Q: Eom, is there any particular reason that you continue to work without being picky about the type of genre you play?
Eom: I basically love being on stage. Especially if it's a good project or role and I was given the opportunity. I will do it and it doesn't matter if it's a play, musical, drama or movie. But plays don't have bust shots or close-ups unlike in movies and dramas. That's how naked I feel for first performance because it's a space where there is no place to hide or lean on. I get evaluated on my performance in front of the audience but I like how after finishing a show, it feels as if I have matured and know more about acting. And I don't have any plans on going on a vacation but I really want to go. (laugh)

Q: "Closer" is originally a play but the movie was loved by many viewers in 2004. Did you refer to the characters in the movie?
Bae Sung-woo (Bae): I believe the actors referred to the characters in the movie. The movie was an adaptation by the same writer, so the actors probably considered the validity of it to a certain extent. However, what we have to show is the emotion. The emotion can't be seen just because an actor imitates it but it should rather be something that they [the actors] feel themselves.

Q: Someone mentioned that the cast has practiced for about a month now. What is the atmosphere like within the team?
Jin Kyung: There is a lot of physical contact in the play. And there is a 10-second kissing scene between Dan and Anna. It's in the second scene and we haven't even gotten close to it yet so the actors are worrying about it. (laugh) And we usually kick a cup around in the rehearsing studio but Moon likes it so much that she keeps asking the others to play. (laugh) Thanks to her the actors are getting plenty of exercise.
Bae: The important part of kicking the cup depends on its resilience because you can kick it better. But it's a lost game once someone steps on it. We decided on a penalty for the person who steps on the cup. Moon stepped on it and she is going to buy everyone pizza and beer. I think we will be eating it pretty soon. (laugh) 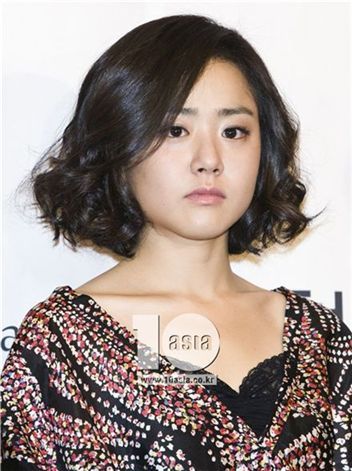 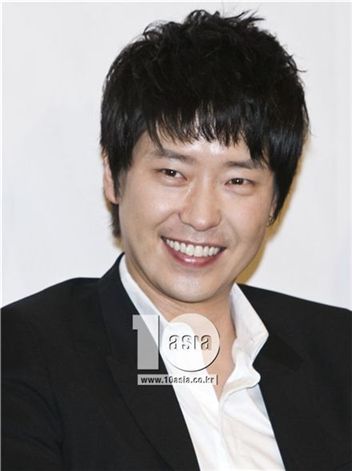 "Moon Geun-young says "trying to be less friendly""
by HanCinema is licensed under a Creative Commons Attribution-Share Alike 3.0 Unported License.
Based on a work from this source