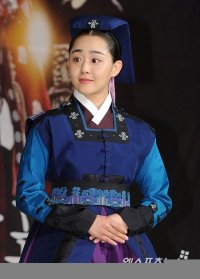 Australia on May 15 saw the opening of a Korean library sponsored by actress Moon Geun-young, it has only belatedly emerged.

Moon has been sponsoring the Lindfield Korean School in Sydney for the last four years. She also donated over 10,000 books for Korean students learning the language at over 40 Korean schools scattered across the city. But the number of books increased so much that it became impossible to manage it, so Moon donated additional W100 million (US$1=W1,246) toward a library. She also taught Korean for a day.

The school was reported as saying students there did not have a chance to read anything other than textbooks to learn Korean, so Moon's sponsorship has been of great help to them.