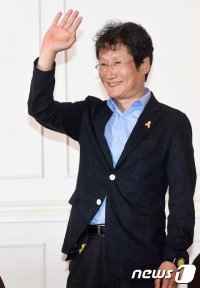 Acclaimed actor Moon Sung-geun will take the lead role in "Sahwa" (meaning 'Royal Massacre') a horror from Cannes winning director Song Il-gon. Moon has been a notable figure in the Korean film industry since the 1990's, when he starred in films by top new wave directors, Park Kwang-soo ("Black Republic"), Jang Sun-woo ("Road to the Racetrack"), and in Lee Chang-dong's debut film "Green Fish".

Moon also provided memorable performances in such films as Hong Sang-soo's "Virgin Stripped Bare by Her Bachelors" and Park Chan-ok's "Jealousy Is My Middle Name". He came late to his acting career, having first spent time as a business man in Saudi Arabia. Throughout the 90's he was deeply involved in supporting the Korean film industry and served as Vice-chairman of the Korean Film Council in 1999.

In Song's fifth feature, a Chosun dynasty-set tale of bloody power games between rival families, Moon will play the central role of a king beset by curses and vengeful murders. Supporting casting is still on-going and the feature plans to go into production by May.

"Moon Sung-geun Cast in Song Il-gon Horror"
by HanCinema is licensed under a Creative Commons Attribution-Share Alike 3.0 Unported License.
Based on a work from this source