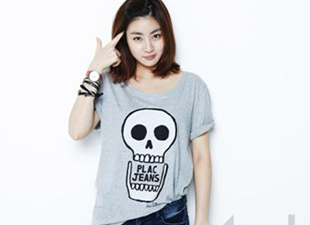 We have four more big names to add onto the cast of the highly anticipated KBS 2TV drama "Dream High 2" slated for broadcast next year on January 30th.

According to reports from the related production teams (Keyeast & JYP Entertainment, CJ Media), Kang So-ra will be playing Shin Hae-sung, an awkward young girl who dreams of becoming an idol star, studying music.

Hyolyn will play Nana, who's gifted with talent and strong vocals. Nana is actually the leader of a girl group called "Hush", and is keeping this a secret. However, there will be a shocking twist and turn of events later down the road.

Jiyeon's character, Li-anne, dreams of becoming a Cannes award-winning actress, but is more known for her horrible acting skills. She's a member of the popular group "Hush".

Jung Jeong Jinwoon will play Jin Yoo-jin, who has a problem with over exaggerating and dreams of becoming a rockstar.