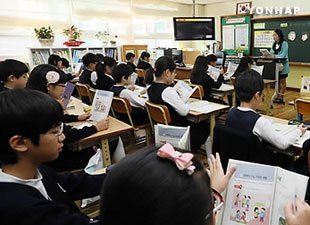 The number of students who need to have their mental health monitored is growing.

The ministry said on Thursday that the percent of students who were classified into a group requiring in-depth counseling and close monitoring was recorded at two-point-six percent in 2010. It noted that the ratio steadily increased to three-point-seven percent in 2011 and four-and-a-half percent last year.

The ministry plans to enhance counseling programs at schools and establish relationships between schools and hospitals. It will also station psychiatrists at 60 schools with a significant number of high-risk students.
Reported by KBS WORLD Radio Contact the KBS News: englishweb@kbs.co.kr

"More Students Need to Have Mental Health Monitored"
by HanCinema is licensed under a Creative Commons Attribution-Share Alike 3.0 Unported License.
Based on a work from this source