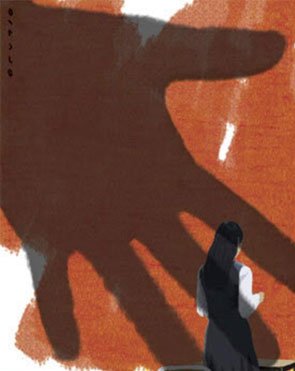 Most adolescent runaways who prostitute themselves meet their customers via messenger apps or in online chat rooms, a straw poll suggests.

The Ministry of Gender Equality and Family and the Korean Women's Development Institute polled 173 adolescent girls who ran away from home, and nearly two-thirds admitted meeting men in return for money, food, gifts or drinks.

Messenger apps were the most common means of finding customers with 60.8 percent. Online chat rooms came in second with 14 percent.

Of some 108 online chat rooms, only 15.7 percent require verification of age. As for messenger apps, 278 out of 317, or 87.7 percent, were accessible without verifying user's identity.

"More Teenage Prostitutes Meet Clients Online"
by HanCinema is licensed under a Creative Commons Attribution-Share Alike 3.0 Unported License.
Based on a work from this source