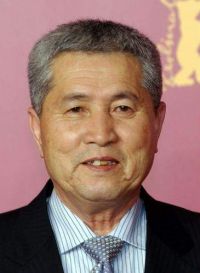 An impressive 12 film retrospective, surveying the work of legendary Korean director Im Kwon-taek, will be held in the Russian capital of Moscow this June. Running the 19th to the 28th at the Moscow State Central Cinema Museum in Arbat Square. Director Im has completed 100 feature films in his lifetime, winning the best director prize at Cannes in 2002 for "Chihwaseon".

Cinema Museum director Naum Kleiman will introduce the retrospective with director Im and his wife especially invited to Moscow for the event. Kleiman, with the help of Im An-cha, vice-chairman of the committee for Korea's Jeonju International Film Festival, selected 12 representative films out of the director's 100-feature oeuvre.

"Moscow Honors Im Kwon-taek with Retrospective"
by HanCinema is licensed under a Creative Commons Attribution-Share Alike 3.0 Unported License.
Based on a work from this source