Most Anticipated Horror Queen For Summer of 2011? 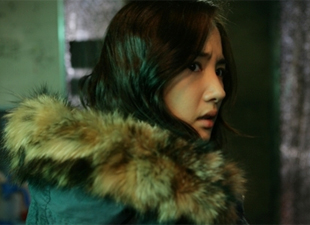 As the weather gets hotter for the summer season, Koreans are looking forward to cooling down by watching chilling horror flicks in the theatres.

Many newbie stars have emerged from a hit scary movie, and people are starting to wonder, who will 2011's most popular scary movie star be?

There was a recent survey conducted by Max Movie, among 1,963 people asking who they thought was the most anticipated "horror queen" for this summer season. Park Min-young, who first debuted through "The Cat", garnered 58.8% of the votes (1,155 people) to solidify her as the winner. That's about tripled the amount of votes the closest runner up had!

Second place went to Park Bo-young with 16.5% of the votes. Ham Eun-jung clinched her spot at third, Han Da-gam at fourth, and Hyomin trailing at fifth.

"Most Anticipated Horror Queen For Summer of 2011?"
by HanCinema is licensed under a Creative Commons Attribution-Share Alike 3.0 Unported License.
Based on a work from this source