Most Robberies Happen on 1st Day of Holidays, Weekend Nights 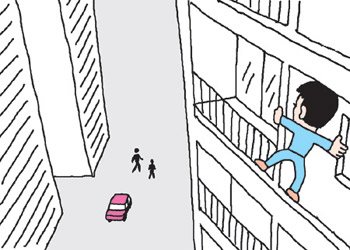 The first day of a long holiday and late weekend nights are the most common times for store robberies, according to security service provider ADT Caps.

The biggest proportion of robbers simply come in by the front door with 38.1 percent, followed by breaking French doors and windows.

A massive 26.5 percent of burglaries happen when the doors are unlocked.

January, April, May, August, and October see higher rates of burglaries because of the holidays. The first day of holiday seems to attract the most cases, and in the 24-hour period 3 a.m. was the most popular time with 16 percent.

Sixty-three percent of cases take place between midnight and 5 a.m. and 34 percent at weekends.

"Most Robberies Happen on 1st Day of Holidays, Weekend Nights"
by HanCinema is licensed under a Creative Commons Attribution-Share Alike 3.0 Unported License.
Based on a work from this source