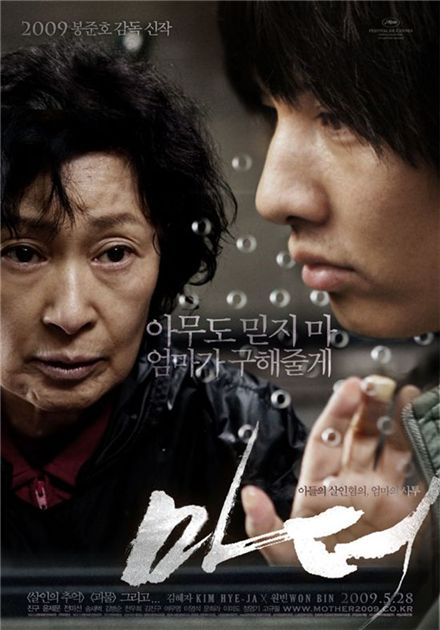 Korean drama "Mother - 2009" was honored by the Kansas City Film Critics Circle (KCFCC), adding another award to the string of both domestic and international acclamations the film has received since its release in 2009.

The announcement was made last week on the official KCFCC website, stating that "Mother - 2009" was chosen as the best foreign language film alongside some of the biggest pictures in 2010.

"Mother - 2009", starring veteran actress Kim Hye-ja and actor Won Bin, is about a mother's fight to prove that her mentally challenged son did not commit a murder which he is wrongfully accused of.

The movie, actors and director have been honored by various other film critics associations including the Los Angeles Film Critics Association, Boston Society Film Critics and Toronto Film Critics.

It has also received rave reviews since premiering at 2009 Cannes Film Festival and also opened in the United States in last March.