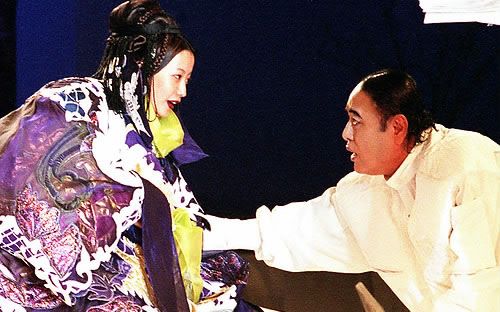 The late Andre Kim is talking with the actress Kim Hee-sun at the fashion show held in Seoul in 2001.

People in the entertainment industry were mourning over the news of Andre Kim's death while saying, "A great star in Korea has fallen".

The late Kim had been involved in the entertainment industry and formed close family-like relationships with many stars during his life. In particular, actors such as Kim Hee-sun, Cha In-pyo, Jang Seo-hee, Choi Ji-woo, Ryu Si-won, and Cha Seung-won had shared special affection for Kim and each other for a long time, and they had been loved by fans for appearing on the catwalk at Kim's fashion shows, and they looked deeply shocked by the news that Kim had passed away on August 12.

Actress Kim Hee-sun, who has been remembered as the symbol of the Andre Kim's fashion shows as she has appeared on his runway from early years, was unable to talk due to the shocking news delivered to her regarding Kim's passing. Kim Hee-sun's manager said, "She keeps crying while repeatedly saying, 'It is hard to believe.' Since she had a special relationship with the late Kim, she seems to have difficulty accepting his death". He continued, "When he had been hospitalized, she had tried to visit him, but she could not go to the hospital as he had refused her visit. After she had heard that he had been getting better, she had been relieved, but this sudden sad news made her grieve".

Actor Cha In-pyo, who had walked the runway for Kim's shows right after he finished his military service in 1997 until 2007, said, "He had been very diligent and he had taken a great role by performing people-to-people diplomatic activities. But, as he had to create something alone in a fancy fashion world, sometimes he looked so lonely. He should have lived longer and done many more things. I am so sad". 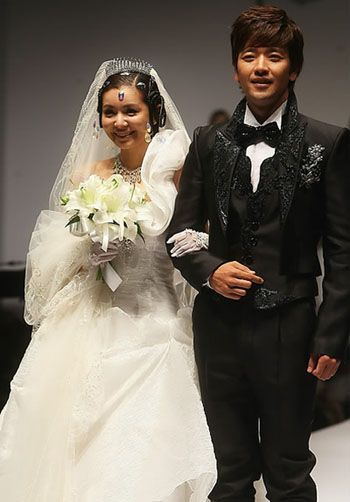 Actress Jang Seo-hee became close with Andre Kim when the MBC TV drama "Miss Mermaid", in which she appeared, gained huge popularity in 2002, and she garnered the first star prize that Andre Kim established. She mourned his death by saying, "How did he pass away like this? At first, he had contacted me to say that he was enjoying my drama, and then I appeared in his fashion show four or five times consecutively until 2003. Since then, I participated in the runway of his show once a year and kept up our relationship. He was a very thoughtful person who always took care of me".

Actress Choi Ji-woo, who used to end the finale of Andre Kim's shows with a flourish, also could not speak a word, in shock after listening to the news of Kim's death that her manager delivered. Choi Ji-woo's manager also said, "The late Kim used to call her and even monitor Choi's works. After he entered the hospital, Choi Ji-woo made phone calls several times and tried to visit him, but she received the reply saying he was in the intensive care unit, and visiting was not allowed. Recently, we heard that he was getting better and that we would be contacted when he moved to the general ward. But, he passed away".

Actor Jung Joon-ho, who used to appear on the catwalks at Kim's overseas fashion shows held in cities like Hawaii and Shanghai, said, "A patriot who had spread Korean culture to the world has passed away. I heard that he was ill, but I did not know that he would pass away this soon".

Actor Cha Seung-won said, "He was such a great person. He was a great person not only in terms of a designer, but also in terms of everything. He did and accomplished many things that no one else could achieve. He is a symbolic person. He cultivated the wasteland of the Korean fashion industry and made the entire world know about Korean fashion. He was lively and full of energy until the last moment. I think that every person in the fashion industry will mourn over his death". 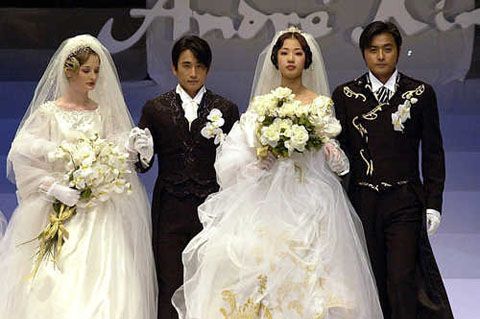 Korean star actors are showcasing wedding dresses at the fashion show entitled "Sydney 2000 Andre Kim Fashion Fantasia", which was held to celebrate the hosting of the Sydney Olympics at the Sydney Town Hall.

Actor Ryu Si-won said, "Since my debut, I appeared on the catwalk of the late Andre Kim's fashion shows and he had made many costumes for me. I walked the runway at the Hallyu Expo held in Japan in 2004, and I met him at an event hall early this year and it was the last time that I saw him. He always told me, 'You have a smile that no one else has.' He was a great culture envoy who had spread Korean fashion to the entire world. He always comes to mind when we think about Korean fashion designers. He was a national fashion designer who let the entire world know about Korea with graceful clothes, adding to Korean traditional beauty. He was a very warm and delicate person who also actively participated in volunteer activities and did many good deeds secretly. He was a simple person without monetary desire, and he was generous even understanding the public, who imitated his way of speaking and made fun of it. He embraced everyone from the young to the old. He was very thoughtful and gave as much love as possible to people who formed a relationship with him".

Actress Han Chae-young and actor Bae Soo-bin, who participated in the fashion show of the late Kim as models between 2008 and 2009, also expressed their sorrow over his death. Han Chae-young said, "He had shown full enthusiasm and energy on the stage, and he presented himself with delicate and warm consideration off the stage. When I think about him, I can remember his warmness, and it was such an honor and happiness for me that I could walk in his show and work together with him". Bae Soo-bin said, "I met him last year during summer and that was the last time. At that time, his health was not good, but he had recovered very soon. So, I thought that he might be getting better this time again. I am very sad that this great person who marked a new era in the Korean fashion industry passed away".

Singer Shin Seung-Hoon said, "He made a costume for me when I had to participate in an important award ceremony. At that time, he lavished praise on me by saying, 'You are always striving when singing and it looks great.' Also, when he came to my concert to listen to my songs, he used to stay in his seat until the last moment. He had very good manners. I feel regret and sad because he had an influence not only on fashion, but also on other sectors including culture, entertainment, and broadcasting as a whole".

In addition, a member of the group SG Wannabe Kim Yong Joon, who appeared on the catwalk of Andre Kim's fashion show benefit with his girlfriend and actress Hwang Jung-eum last October, said, "I had worried at that time because he had become worn out, but at the same time, I had been surprised for his thoroughness in checking the stage direction to the models' walking". 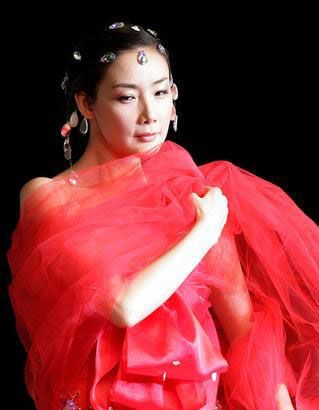 'He added, "I remember that he told me that models also had to act on stage with a tragic love towards their partner. When I did that, following what he told me, my eyes were really filled with tears. After the show, Kim smiled at me and kindly patted me on the back".

Singer Jang Nara, who appeared at the Andre Kim fashion show held in Shanghai China in last year April, said, "I remember that he gave beneficial advice to me when I had no experience on the runway. Whenever my father acted in theater, Andre Kim came to the theater and used to sit at the front and watch the play. He was a pioneer in the Korean fashion and culture industry, so his sudden passing made me shocked and really sad".

A member of the group Shinee, Choi Minho, appeared in Andre Kim's fashion show as the youngest model, and he expressed his sadness, "I am very sad that this greatly beloved star in Korean culture has fallen. I really regret that I did not visit him more often during his lifetime, and it makes my heart ache more".

Group 2PM member Nichkhun, who walked the runway of Andre Kim's fashion show held for the restoration of Namdaemun last year in April, delivered a message through his agency, "When I appeared on the catwalk of his show, I felt honored. Since I came from a foreign country, I could feel the Korean beauty more than anyone else when I looked at his piece of work. I really wish that he will rest in peace".

Singer Kim Jun, a member of the group T-MAX, gained popularity by appearing in the drama 'Boys over Flowers", and he appeared on the catwalk of Kim's fashion show held in spring last year. He said, "He asked me to appear in his fashion show again this year and I feel bad that I cannot keep that promise. I heard that he had gotten better, so I feel despondent about the news of his death. He was a really thorough professional at the fashion show, but he was also a very attentive person, like a father, toward the novice models who did not have much experience".

"Mourning Over Andre Kim's Death"
by HanCinema is licensed under a Creative Commons Attribution-Share Alike 3.0 Unported License.
Based on a work from this source