Movie "A Werewolf Boy With Different Ending To Premiere December 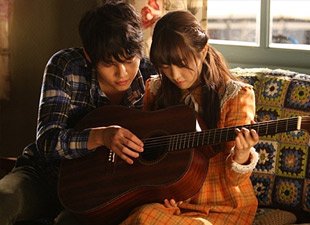 According to CJ Entertainment, this second version of "A Werewolf Boy" will feature a newly edited ending, set to hit theatres in December. The total running time of the film will be increased by two minutes, to total 127 minutes. Fans of the movie had pleaded with CJ to release the unrevealed ending to the movie.

The announcement was met with mixed responses from the public. Although some were excited to see the slightly altered version of the ending, other complained that they have to pay another movie admissions fee just for the additional two minutes.

"Movie "A Werewolf Boy With Different Ending To Premiere December"
by HanCinema is licensed under a Creative Commons Attribution-Share Alike 3.0 Unported License.
Based on a work from this source