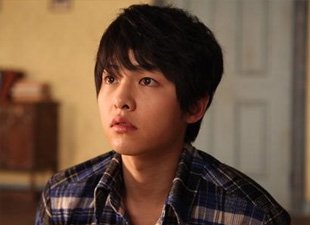 2012 sure was a big year for domestic films! And just in time to have its hay day before the year ends, "A Werewolf Boy" has proven to be quite the hit.

Starring Park Bo-young and Song Joong-ki, the movie passed the 6 million movier-goer mark in less than 26 days after its premiere.

At this rate, insiders say that the film may beat the record set by Hollywood blockbuster "The Dark Knight Rises", which brought in 6,396,528 people in the same amount of time and domestic film "The Good, the Bad, the Weird" with its 6,685,904 people. Currently "A Werewolf Boy" is at third place at the box office.

The fantasy movie is about an outsider, wild A Werewolf Boy who meets and connects with a young girl who's ill and also closed off from society.

"Movie Attracts Over 6 Million Movier-Goers"
by HanCinema is licensed under a Creative Commons Attribution-Share Alike 3.0 Unported License.
Based on a work from this source