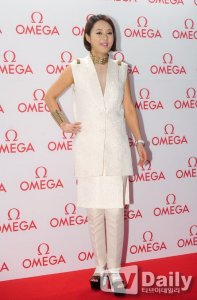 Jang Mi-hee, 50, a leading screen star of the 1970 and 80s and now a theater and visual arts professor at Myongji College, is the latest high-profile Korean found to have lied about her educational background.

Jang, who is also a member of the Korean Film Council, claimed to have graduated from Dongguk University College of Buddhist Studies, Hawthorne University in the U.S. and Myongji University Graduate School of Education, according to the film council website and Internet portals like Naver.

But Dongguk University, responding to an inquiry by the Chosun Ilbo, said they had no record of any graduates by that name. Hawthorne University, meanwhile, was found to be an unaccredited school.

Reflecting on her 1978 visit to Stanford University in an essay published in 1998, the film star mentioned that she was a Dongguk University student. In a 2000 interview with Chosun weekly magazine, she said, "My Buddhism major was a philosophical choice, not a religious one".

Confronted by reporters at Myongji on Friday, Jang told them to check the facts with the schools and quickly left campus. But two hours later in a late-night interview, Jang broke down in tears and confessed to having lied.

"I'm embarrassed", Jang said. "I will willingly accept all criticism. But I stand firm in my belief that my teaching at Myongji was based more on my acting career than my degree. That's all the pride I have left".

"I debuted as an actress at age 19. A few years later I enrolled in Dongguk's Buddhist Studies department through 'extra admissions', which is how it's called these days. I didn't graduate but I took classes like other students".

-- Hawthorne is known to be an unaccredited school.

"Believe it or not, I really didn't know. And that fact wasn't important. My childhood dream was to become an elementary school teacher. I really wanted to teach".

-- The public is especially upset with you because you're a professor.

"I'm truly embarrassed. But when I was appointed to teach at Myongji's Adult & Continuing Education institute in 1989, the institute didn't appoint instructors based on their educational degrees. Over the years, I've done some 80 TV shows and films. I considered the appointment as recognition of my career. The hourly teaching fee was W8,000 then, while I received W50 million per movie. I put teaching before acting. I was famous for not skipping classes. I even received an award of merit in 1997".

-- And what about the appointment to professor at Myongji College that came later?

"I'm not trying to pass the buck but I think that decision was up to the university. I still believe that the school considered my career more than my degree. Regarding Hawthorne, I still don't know what happened. I heard that the Education Ministry will launch a probe on the recent scandals next week. I will follow its decision".

Debuting on TV in 1975, Jang rose to stardom as the lead in the 1977 film "Winter Woman". Along with You Ji-in and Jeong Yun-hee, she was a top silver screen actress in the 70s and 80s. Jang has been teaching at Myongji College since 1998. She is a member of the Korean Film Council and executive committee chief of the Goyang International Children's Film Festival.