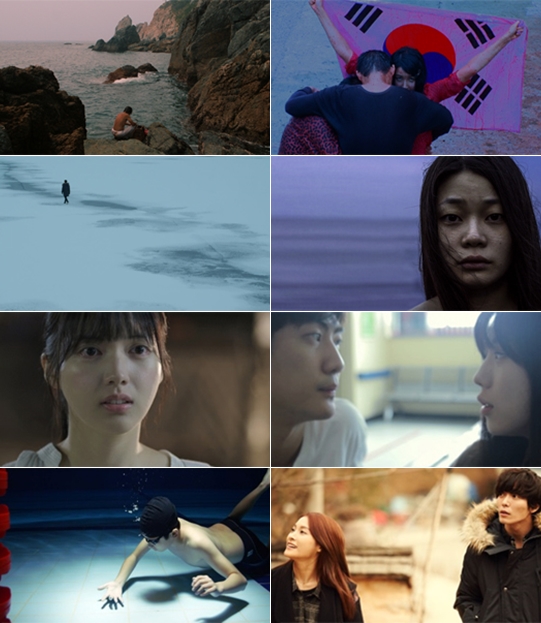 What are some unmissable Korean movies at the 20th Busan International Film Festival?

A list of movies invited to the 20th BIFF were released on the 21st.

BIFF has been introducing potential Korean movies every year. Last year, movies like "A Midsummer's Fantasia", "Socialphobia", "Set Me Free" and "A Matter of Interpretation" came out after the festival and were either criticized or surprisingly outdid themselves. Programmer Nam Dong-cheol said, "If anyone wants to feel what it's like to discover a movie before it's out, focus on independent films. These movies are based on free creativity unlike mainstream films".

First of all, there are two contrasting movies in the New Currents category. "Night and Fog In Zona" is director Jung Sung-il's second movie. It talks about the making site of producer Wang Bing's documentary. The movie-like adventure is so impressive 4 hours doesn't even seem that long. "Communication and Lies" is Lee Seung-won-I's debuting movie. It is an eerie movie in which grotesque behavior by a mentally ill man and woman will bring upon emotional shock.

There are 11 movies waiting audiences in the Vision Department. Three of them are supported by the Asian Cinema Fund, "ALONE" by Park Hong-min, "Another Way" by Jo Chang-ho and Park Suk-young's "Steel Flower".

"ALONE" stands out in terms of movie creativity and it's Park Hong-min's second film. It's a must-see if anyone is looking for something different. "Another Way" by Jo Chang-ho is about a man and woman's dreams to kill themselves. The movie reaches out to them. "Steel Flower" is Park Suk-young's second movie about a homeless girl played by Jeong Ha-dam. Park plans on releasing three films, with the first two by next year.

There are 3 movies which revolve around romance. "Blossom" is a romantic film based on a small city in the country. It doesn't require emotional effort but draws out the flow of time. "Overman" is about the love of a teenage girl. The romance is as if it's from a Japanese youth movie. "Recording" is a documentary-style movie about a terminally ill girl who records 'love'.

There are new movies by middle-grade producers with potential movies in the Panorama section; "Love and..." by Zhang Lu, "STOP" by Kim Ki-duk, Jeong Ji-woo's "4th Place", "Twenty Again - Movie" by Park Heung-shik, "Two Rooms, Two Nights" by Cho Sung-kyu and "A Korean in Paris" by Jeon Soo-il.

"COLLECTIVE INVENTION" from the Open Cinema Section is one of the most anticipated movies of all time this year. Cho Jae-hyun has become a director and is out with his very own "A Break Alone", Moon So-ri with the short movie "The Best Director" and Yoon Eun-hye with "RED EYE - Short". Kim Tae-yong's "Where Mermaids Go" is also a part of it and the main character is a teddy bear. Other various movies and feature films await at the 20th Busan International Film Festival.

"Movies featured at the 20th Busan International Film Festival (BIFF)"
by HanCinema is licensed under a Creative Commons Attribution-Share Alike 3.0 Unported License.
Based on a work from this source