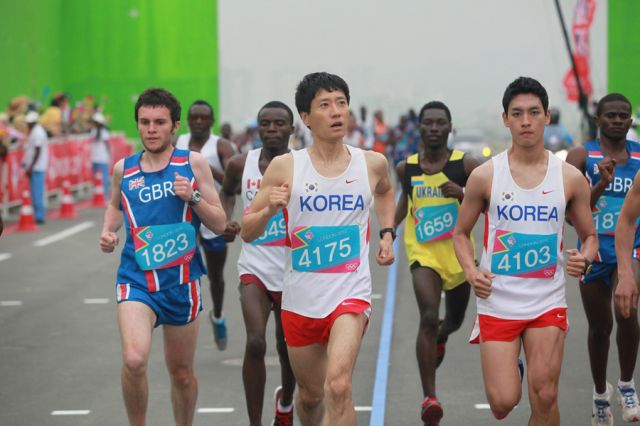 More and more Korean movies, including "Pacemaker" by director Kim Dal-joong that opens next Thursday, are taking on the theme of multiculturalism that is changing the face of Korean society. In 2010, one out of every 10 marriages involved a foreign spouse, while the number of children from multicultural families has grown seven-fold from 25,000 in 2006 to 160,000 in 2010. And this trend is being portrayed more frequently on the silver screen.

It was TV dramas that first dealt with the issue. The SBS dramas "Hanoi Bride" (2005) and "Golden Bride" (2007) featured a Korean man who married a Vietnamese woman. But the main focus of those soaps was mostly about the love between a man and a woman that transcended borders. They avoided dealing with the complex issues facing multicultural families. However, recent movies have shown more interest in depicting how families from different social and cultural backgrounds manage in Korean society.

Sin Dong-il's "Bandhobi" (2009) and "He's on Duty" (2010) by director Yook Sang-hyo drew a lot of attention due to their candid portrayal of the mistreatment of foreign laborers, which has become a more prominent social issue in the country.

"Bandhobi" focuses on the friendship between a Bangladeshi laborer and a high school student, while "He's on Duty" concerns a young unemployed Korean who finds work posing as a foreign laborer. The latter was a low-budget film that cost just W800 million (US$1=W1,159) to produce, but became a box-office hit that attracted over one million viewers.

Lee Han's "Punch", which opened last October, seriously highlighted the issue of multicultural families. But no one expected the movie about a boy with a hunchback father and an immigrant mother from the Philippines to turn into a box office hit, drawing over five million viewers.

In the film, there are several other minor characters who show the daily routines and realities of migrated workers in Korea.

"This movie not only reflects the changes happening in our society, but also tries to suggest solutions", said movie critic Jeon Chan-il. "Rather than adopting a patronizing approach to impoverished foreign laborers who come to Korea to make money, the movie makes us realize they are a part of our society".

One filmmaker said, "We cannot avoid multicultural families and foreign laborers as they have become so common these days". He added, "These changes have been taking place for some time now, so moviegoers are not unfamiliar with this subject. We will probably see more movies taking on this issue".