Music Bank to be Broadcast Live in 72 Nations 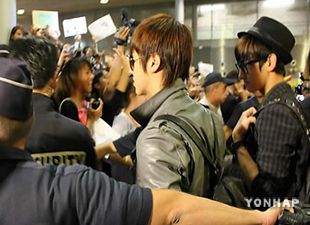 "Music Bank", a KBS music program, will be broadcast live in 72 countries around the world starting Friday.

KBS World, the overseas service of the Korean Broadcasting System, said on Thursday that so far, the program has been aired in the Americas and Japan after the show was recorded, but the regions are now included in the live broadcasting zone. Currently, 55 countries can enjoy the program live.

KBS World expects the increased live coverage of the program will help boost the status of South Korean music groups and the influence of K-pop around the world.