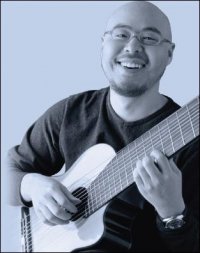 Lee is one of Korea's most sought-after musicians. He has made music for movies like "The Host", "Rules of Dating", and "A Tale of Two Sisters". He was also the man behind the dual album One Day 1/2, which has been recognized for its significant contribution to Korean popular music history.

"I love games and game music is the genre I have not delved into yet, so I have been wanting to this for a long time", said Lee. "'Dragonika' is a fantasy game about dragons and humans and I did my best in using my music to bring the lyrical legend to life".

Dragonika is a 3D fantasy action RPG, where the player embarks on a journey in the continent of dragons to fight against evil dragons and to create a world of good dragons. The game, complete with Lee's music, will begin its closed beta service in the first half of this year.

"Music director of 'The Host' Lee Byeong-Woo makes his first online game soundtrack "
by HanCinema is licensed under a Creative Commons Attribution-Share Alike 3.0 Unported License.
Based on a work from this source