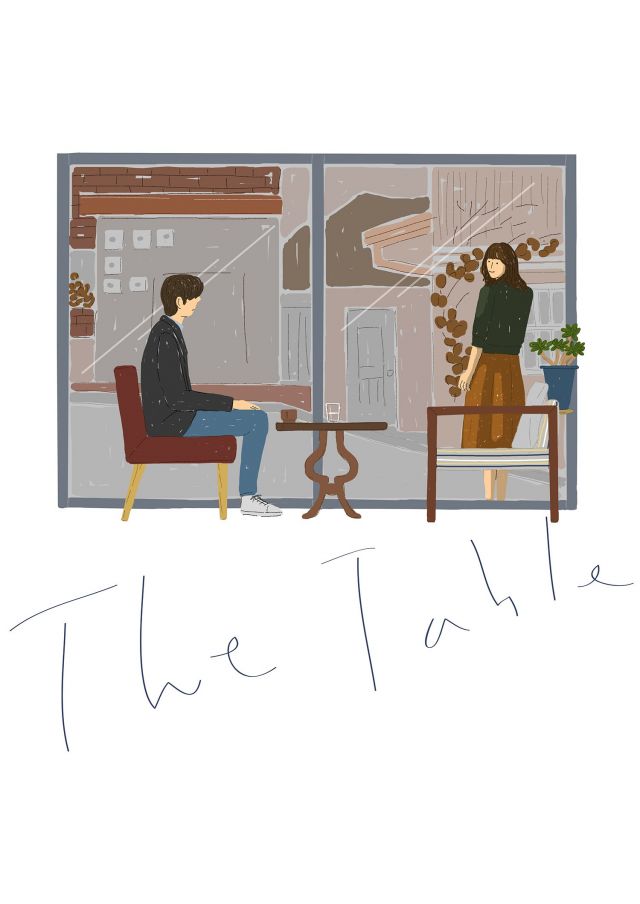 Music video, diary video, and sweet posters released for the Korean movie "The Table". The posters are pictures of the conversations over the table that form the basis for this introspective film. Jang Jae-in's "Gugeo" from her mini-album "Liquid" is the theme for the music video that does musch the same as the posters and diary video, permeates a feeling of reflection.

Synopsis
A couple faces each other across a café table talking; he's apparently returned from Europe and she's not happy about him asking her to meet after such a long time. The conversation seems likely to end any second, but suddenly his true feelings touch her momentarily and a brief smile crosses her face. "The Table" follows a conversation between two people in a café.
The first episode shows about a conversation between an actress and her ex-boyfriend, the second is the meeting of a man and woman who go traveling together after a one-night stand, and the third episode is the story of a woman who meets the woman who will play her mother at her sham wedding. The final episode focuses on a woman about to marry, suggesting her ex-boyfriend will be seeing her right up to her wedding day. As all four episodes depend on the two characters' lines and facial expressions, audiences must imagine the situations from the clues available. Different charms emanate from the four actresses, Jung Yu-mi, Jung Eun-chae, Han Ye-ri, and Lim Soo-jung.