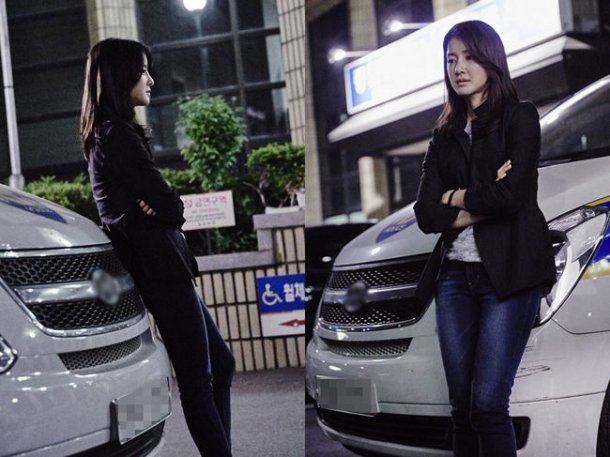 She stars in the OCN miniseries "My Beautiful Bride" as an elite detective Cha Yoon-mi.

Lee Si-young is seen in the pictures wearing a pair of jeans and light jacket, leaning on a police car. She looks like she's talking to someone with her arms crossed and looking straight ahead.

Lee Si-young observed the actions of real detective prior to the drama making. Her shoulder-length hair and tight jeans makes her look feminine and active at the same time.

She does fancy action with great moves and gets stuck between love and work but she tries not to show it on the outside and puts a lot of effort into her character.

Expectations for "My Beautiful Bride" is going up thanks to Lee Si-young. This is the first miniseries attempted by OCN and it's supposed to be full of action and great performances by the outstanding cast.

Meanwhile, "My Beautiful Bride" is about a man's undying love for his bride who disappeared. The first episode is coming on the 20th at 11PM.

""My Beautiful Bride" Lee Si-young, detective by sight"
by HanCinema is licensed under a Creative Commons Attribution-Share Alike 3.0 Unported License.
Based on a work from this source