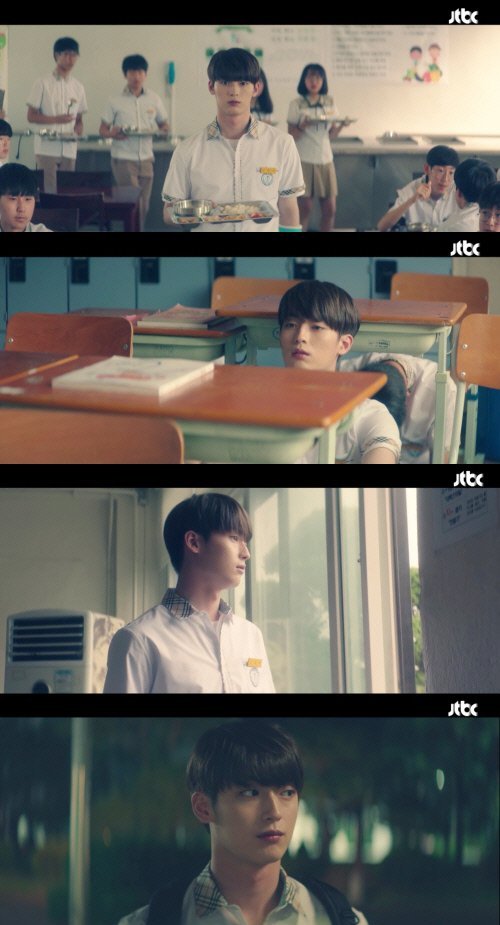 On the first and second episodes of the JTBC drama "My ID is Gangnam Beauty", teen Do Kyeong-seok (Cha Eun-woo) and Kang Mi-rae (Im Soo-hyang) appeared.

Shin Junseop appeared as Do Kyeong-seok, the expression genius from Jaryong Middle School, who smiled when he saw teen Kang Mi-rae waiting for the bus while listening to a song. When she turned around, his expression changed as if nothing happened.

Shin Junseop left a strong impression in the drama.

Meanwhile, MYTEENis currently back with their latest song "SHE BAD".

""My ID is Gangnam Beauty" MYTEEN Shin Junseop as Cha Eun-woo's Younger Self"
by HanCinema is licensed under a Creative Commons Attribution-Share Alike 3.0 Unported License.
Based on a work from this source