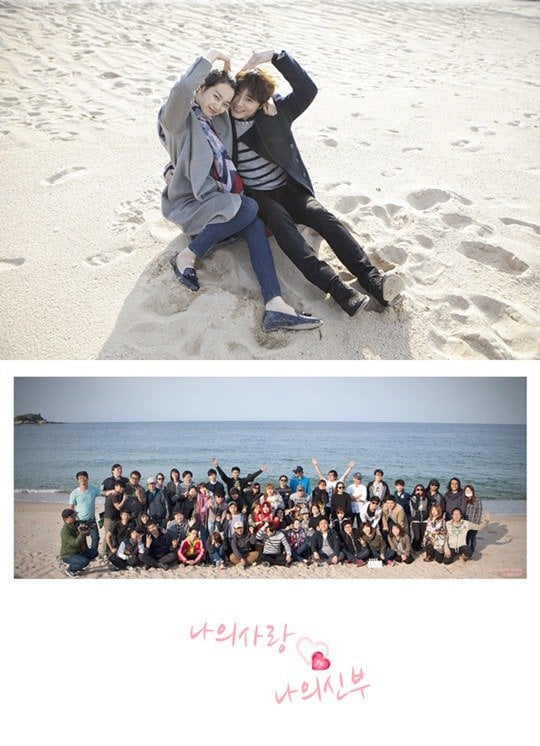 The final scene was taken in a café in Seokcho where Jo Jung-suk and Shin Min-ah visit to recover their relationship; they were outstanding till the end.

When the filming finished, the staff and crew took a great picture with the ocean as a background. Shin Min-ah and Jo Jung-suk also took pictures together with hearts around them.

Jo Jung-suk said, "I can't believe it's the final day already" and Shin Min-ah also said, "I had fun while we filmed and I hope it remains in my head for a long time".

""My Love, My Bride - 2014" completes filming; Jo Jung-suk and Shin Min-ah"
by HanCinema is licensed under a Creative Commons Attribution-Share Alike 3.0 Unported License.
Based on a work from this source