"My Only One" Park Sang-won, Cha Hwa-yeon, Im Ye-jin, and Jin Kyung Join the Team 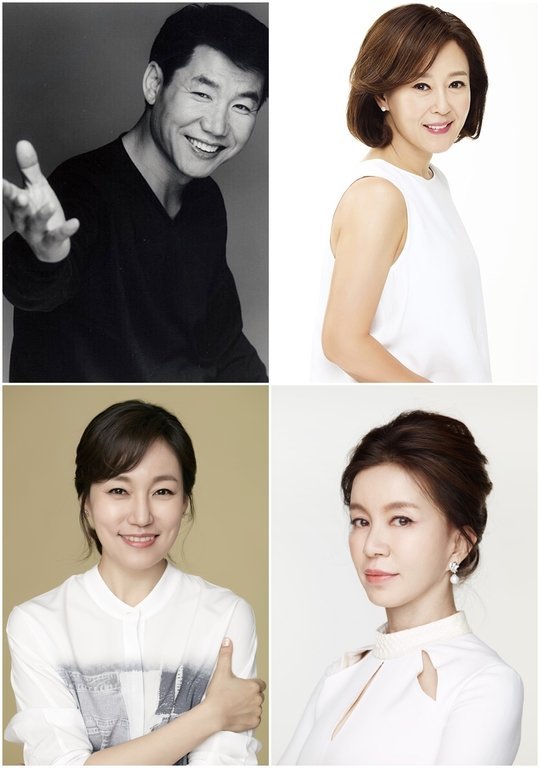 Park Sang-won, a soft charismatic actor, Cha Hwa-yeon from "Secret Mother", Im Ye-jin who never seems to get old, and Jin Kyung who moves fluidly betwee drama and film, have joined "My Only One".

Park Sang-won takes on the role of Wang Jin-gook, Wang Dae-ryook's (Lee Jang-woo) father and the chairman of Wangho Foods Co. He is taciturn and doesn't show much expression, but he loves his family very much.

Cha Hwa-yeon plays Oh Eun-young, Wang Jin-gook's wife. She was brought up without a care in the world and she's a chatty, charming middle-aged woman who sometimes makes mistakes.

Kim Do-ran's (UEE) and Kim Mi-ran's (Na Hye-mi) mother So Yang-ja is played by Im Ye-jin. She may look materialistic, but she would do anything for her children.

"My Only One" is about a woman whose life becomes complicated after meeting her father for the first time in 28 years. He has had to hide himself, but is finally able to emerge. She is the only one on his side. It is written by Kim Sa-kyeong and produced by Hong Seok-goo.

"My Only One" is led by Choi Soo-jong, UEE, Koh Woo-ri, and Lee Jang-woo who are trusted actors. The drama begins on the 15th of September.

""My Only One" Park Sang-won, Cha Hwa-yeon, Im Ye-jin, and Jin Kyung Join the Team"
by HanCinema is licensed under a Creative Commons Attribution-Share Alike 3.0 Unported License.
Based on a work from this source