"My Way" and "Speckles: The Tarbosaurus" sell to US 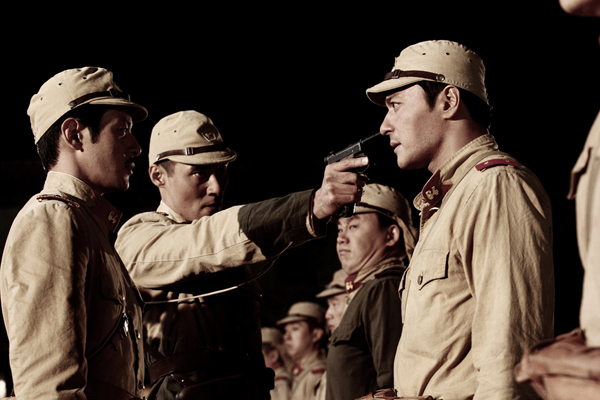 Based on a true story, "My Way" stars Jang Dong-gun and Joe Odagiri as a Korean an a Japanese swept up in the tides of war, becoming prisoners and soldiers in the Japanese, Russian and German armies to end up on the shores of Normandy on D-Day.

Directed by Kang Je-gyu, the film also features Chinese star Fan Bingbing. "My Way" completed production this summer and is slated for an official "end of production" event at the upcoming Busan International Film Festival (BIFF) and is scheduled for a release in Korea at the end of the year.

Well Go USA picked up North American DVD, digital, VoD and TV rights to "My Way" and is looking at an early 2012 release.

Through a mistake of his own, a young, playful "Speckles: The Tarbosaurus" named Spot loses his entire family to an old tyrannosaurus called One-eye. Unbeknownst to One-eye, Spot grows up alone and suffering through adulthood, steadily making it to the day when he can take on the tyrannosaurus and reap vengeance.