"My Wife Is a Gangster" to get a Chinese remake 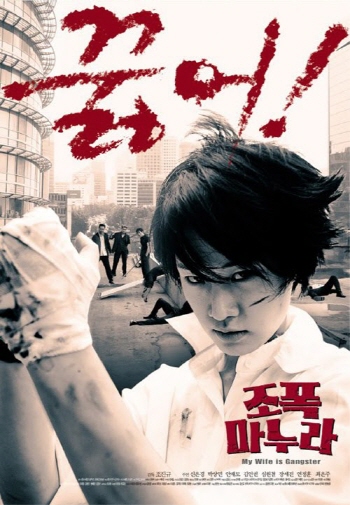 The Korean Film Council (KOFIC) has announced that the popular Korean comedy "My Wife Is a Gangster" is set for a remake in China.

The story of a female gangster boss who needs to find a nice husband to put her dying sister's heart at ease was a hit when it first came out in 2001. It grossed $31m at the local box office, making it no. 1 that year. The film also garnered much attention when it sold to Miramax for US remake around the same .

The concept was so popular that it became a franchise, with Chinese actress Zhang Ziyi appearing in the 2003 sequel and Taiwanese starlet Shu Qi starring in "My Wife is a Gangster 3" in 2006.

The Chinese remake deal was signed between Lee Soonyeol, the head of the film's original producer Hyunjin Cinema and Zeng Hui, head of the Chinese company Yunyunnan Culture Investment (Beijing) Co., Ltd., last month in Seoul during a KOFIC-hosted conference for 40 Chinese production and investment companies.

The producers have the remake in pre-production and are planning to start shooting in February of next year, to commemorate the 20th anniversary of diplomatic relations between the Republic of Korea and the People's Republic of China. About 90% of the shoot will take place in Shangri-La Country, Yunnan Province, China, and the rest will be in Korea.

The remake film will have a budget of approximately CNY40m (US$6.2m). The total budget of the film will come out of China. The cast and crew will be from both China and Korean, with post-production to be done in Korea.

The producers plan to have the Chinese "My Wife Is a Gangster" open day-and-date in both countries in August of next year.

""My Wife Is a Gangster" to get a Chinese remake"
by HanCinema is licensed under a Creative Commons Attribution-Share Alike 3.0 Unported License.
Based on a work from this source