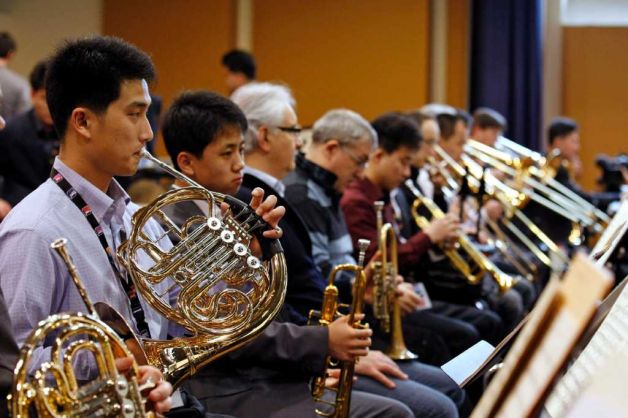 Conductor Chung Myung-whun, who organized the joint performance, directed the Koreans' beloved folk song "Arirang" as the last song for the night.

Conductor Chung said he plans to take this as an opportunity for musicians in the two Koreas to meet in person and perform in a joint concert in the future.