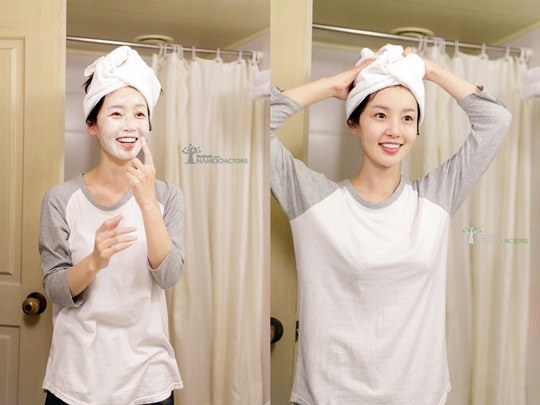 Pictures of the actress staying at a hotel in Busan were revealed on her official Facebook on the 8th.

Nam Gyu-ri is dressed plainly with a towel on her head and looking like any other woman when cleansing her face.

Her face looks like a baby after cleansing off the make-up.

Apparently the staff in the room with her yelled at her skin in surprise as she was shocked at how clear it was.

Meanwhile, Nam Gyu-ri starred in the JTBC drama "Heartless City" and is preparing for her next project. Additional pictures of her from the BIFF can be seen in the official web-zine N Magazine.

"Nam Gyu-ri reveals plain face"
by HanCinema is licensed under a Creative Commons Attribution-Share Alike 3.0 Unported License.
Based on a work from this source