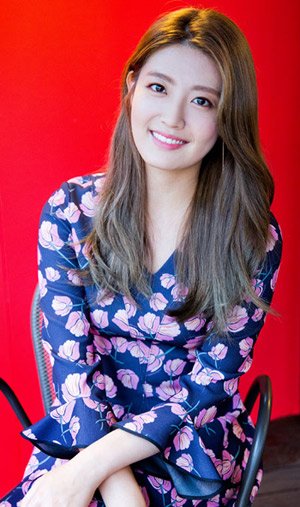 Actress Nam Ji-hyun was cemented as a household name for her role as a lawyer in the TV series "Suspicious Partner" that drew to a close last week.

Yet despite her name recognition after several successful TV series, she has struggled to shun the image of a child star, which has continued to follow her. "I tried to look more mature for the role with long hair", said Nam, who is still in her early 20s, as she started acting when she was a child.

She first found fame as a child in the TV dramas "East of Eden" and "Giant" but buckled under immense pressure as a middle and high school student until she almost quit acting altogether. Only a change in mindset would revive her career. "I let go of perfectionism, and acting became fun again", Nam said.

The actress got her big break thanks to the popularity of the romantic comedy "Shopping King Louis" last year.

She will now take time off to return to school, studying psychology at Sogang University. "My schoolwork is something that I must do, and acting is a special thing that I am lucky enough to do", she said. "I am excited to go back to school and hang out with friends".

"Nam Ji-hyun Expands Acting Horizon with More Mature Roles"
by HanCinema is licensed under a Creative Commons Attribution-Share Alike 3.0 Unported License.
Based on a work from this source