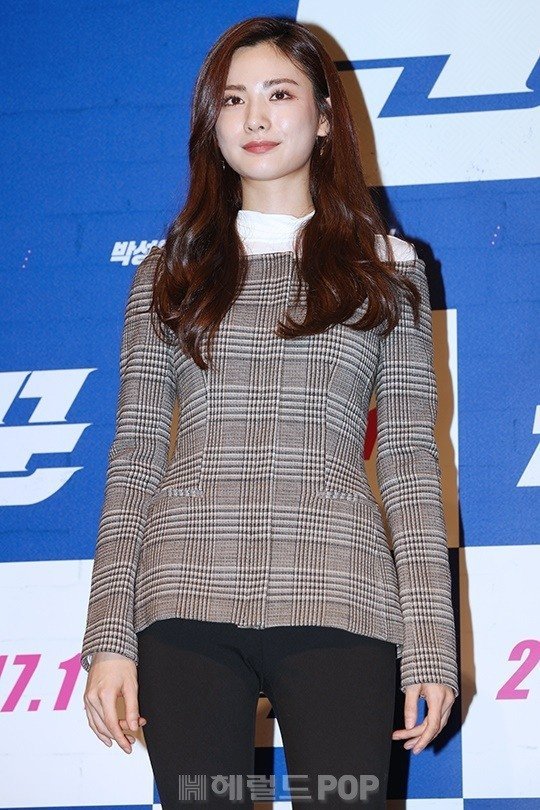 After School and Orange Caramel's Nana is back with a movie called "The Swindlers".

Before this, Nana gave an impressive performance in the tvN drama "The Good Wife" with Yoo Ji-tae as Kim Dan.

Meanwhile, "The Swindlers" stars Hyun Bin, Yoo Ji-tae, Park Sung-woong along with Nana. She's been getting several love calls since "The Good Wife" but she put her finger down on "The Swindlers". She claims she chose this movie because she just couldn't put it down.

At the premiere of "The Swindlers", Yoo Ji-tae sad, "I thought she was great in "The Good Wife" so I agreed with the director when he suggested her. I wish to see her grow more as an actress".

Yoo Ji-tae continues to say good things about her during Movie Talk. Park Sung-woong claimed Nana 'hit it off' during filming.

"Nana gains recognition for solid acting"
by HanCinema is licensed under a Creative Commons Attribution-Share Alike 3.0 Unported License.
Based on a work from this source