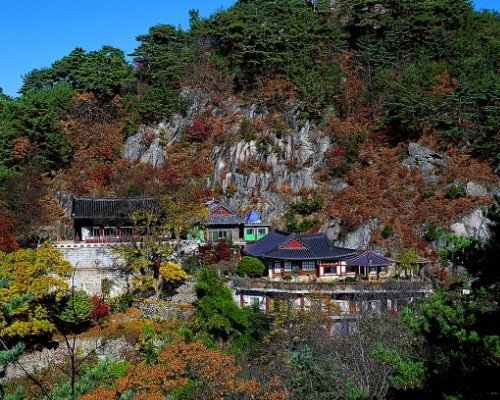 The national park management agency said Friday that smoking will be completely banned at all national parks nationwide beginning early next year.

Smoking has been customarily permitted at some rest areas, restrooms and parking lots at the national parks despite the agency's no-smoking campaign.

The grace period will finish and violators will be fined, according to the Korea National Park Service (KNPS).

The agency plans to remove designated smoking zones and set up warning signs at the main entrances and along trails. The no-smoking policy will be effective from January 2013.

"We do expect people's support for the policy to enjoy the beauty of preserved nature while breathing the fresh air", said an official of the Ministry of Environment.

The KNPS said violators will be fined 100,000 won. The agency currently collects the same amount from those who are caught smoking outside designated smoking zones. The cases of violations dropped last year to 347 from 439 in 2010.

The agency plans to promote the new policy among visitors throughout this year at the main attractions and entrances of the national parks.

The island does not have any plan as of yet to follow the footsteps of the KNPS to make the national park completely smoke-free, a Jeju official said.

"National parks to go free"
by HanCinema is licensed under a Creative Commons Attribution-Share Alike 3.0 Unported License.
Based on a work from this source