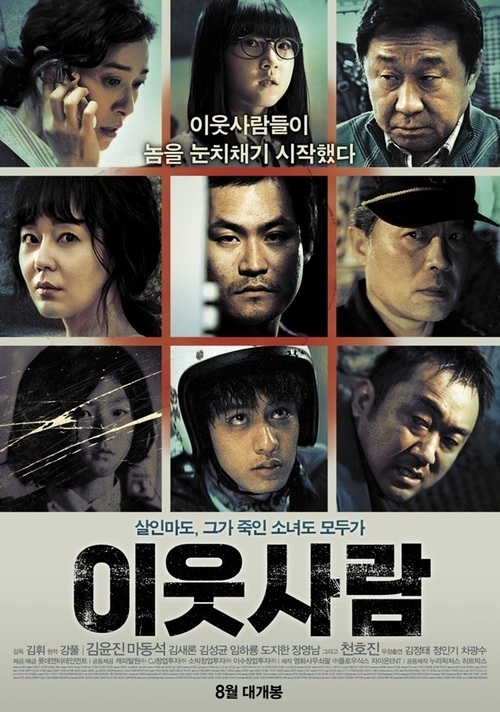 Movie "Neighbors" beat the sole lead of "The Thieves" and took over first place of the Box Office.

According to the Korean Films Commission the "Neighbors" rose to first place of the box office with 140,707 viewers on the first day of its release which was on the 22nd.

"Neighbors" is an original based on Kang Full's web-toon and is starred by Kim Yunjin, Ma Dong-seok, Kim Sae-ron, Kim Sung-kyun, Do Ji-han, Jang Young-nam and Chun Ho-jin. Despite the adult-rate, the booking rate is currently running top number 1.

It seems that a plate change is on its way at the end of August in path of "The Thieves" which hit 10 million.

""Neighbors" beat "The Thieves" on first day"
by HanCinema is licensed under a Creative Commons Attribution-Share Alike 3.0 Unported License.
Based on a work from this source