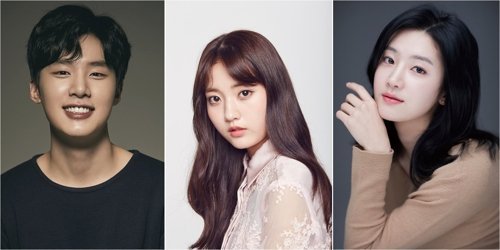 Netflix announced that an original series called "Extracurricular" is being put into production.

"Extracurricular" is a drama about an exemplary student committing crime to make money and the people around him who involuntarily get involved with this crime.

The drama is written by Jin Han-sae (Writer Song Ji-na's son) and produced by Kim Jin-min-I.

A lot of rookie actors make up the cast; Kim Dong-hee who played Cha Seo-joon, the twin, in "SKY Castle" plays Ji-soo, the high schooler who chose the wrong methods to pay for university tuition.

Min-hee is a friend of Ji-soo's who gets caught up in his crimes and Gyoo-ri joins the boat after she finds out about his wrong-doings.

The drama is produced by Studio 329.

"Netflix Announces Original Drama "Extracurricular""
by HanCinema is licensed under a Creative Commons Attribution-Share Alike 3.0 Unported License.
Based on a work from this source