[New Animated Movie] "GoGo Dino the Movie: The Secret of the Ice Dinosaur" 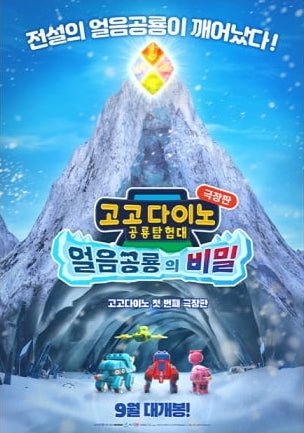 Synopsis
Villains Jenny and Mr. Black appeared on the peaceful planet guarded by Rex, Tomo, Viki, and Ping! Jenny, a dinosaur mania, begins to kidnap dinosaurs on the planet, and Ping, who is in battle, is eventually captured. In order to stop Jenny and Mr. Black, the GoGo Dino crew will visit the legendary dinosaur and get a Dino Stone that can transform into the "GoGo King Dino", the most integrated robot! However, feeling a sense of crisis, Mr. Black and Jenny wake up the sleeping dark ice dinosaur...!

Can the GoGo Dino crew save Ping and the dinosaurs, and protect the planet?