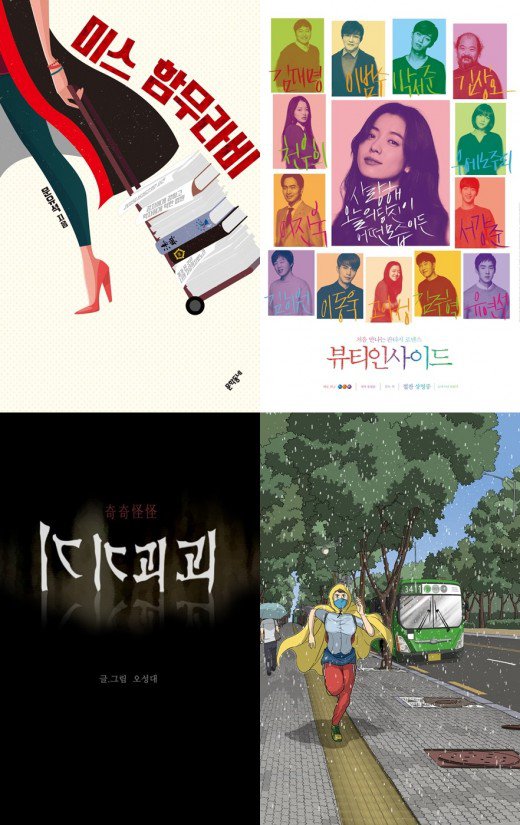 Studio and New was established in September last year in order to display high quality contents in the movie / drama section based on the production ability of "Descendants of the Sun" as a subsidiary of NEW.

Chairman Jang Kyeong-ik who was in charge of NEW film and business like "The Attorney", "Miracle in Cell No.7", "Train to Busan" and more is chairman Studio and New too. Studio and New is in production of dramas like "Unique and Peculiar", "Miss Hamurabi", "Beauty Inside - Drama", "Moving" and "Neighborhood Lawyer Jo Deul-ho 2: Crime and Punishment" as well as movie "The Great Battle".

"Unique and Peculiar" is based on a popular web-toon that's being released every week. It's written by Cheon Seong-il and directed by Park Jeong-woo-II.

"Miss Hamurabi" is based on an original novel. Many productions wanted the copyrights for this. It's the story of Park Cha-Oh Reum a rookie judge who wears miniskirts and killer heels.

"Beauty Inside - Drama" is based on the concept that a person changes into someone else overnight. One character plays 21 different people and in 2015, the movie recorded over 2 million.

"Neighborhood Lawyer Jo Deul-ho 2: Crime and Punishment" is a human hero drama. The first season of it recorded a shocking 18.6% and therefore the second season is highly anticipated.

"The Great Battle" is a 15 billion won (~US$15 million) project in production alone, and it's a period movie about the Battle of The Great Battle during the Kokuryeo times.

"New dramas and movies coming soon, "Neighborhood Lawyer Jo Deul-ho 2: Crime and Punishment" and more"
by HanCinema is licensed under a Creative Commons Attribution-Share Alike 3.0 Unported License.
Based on a work from this source