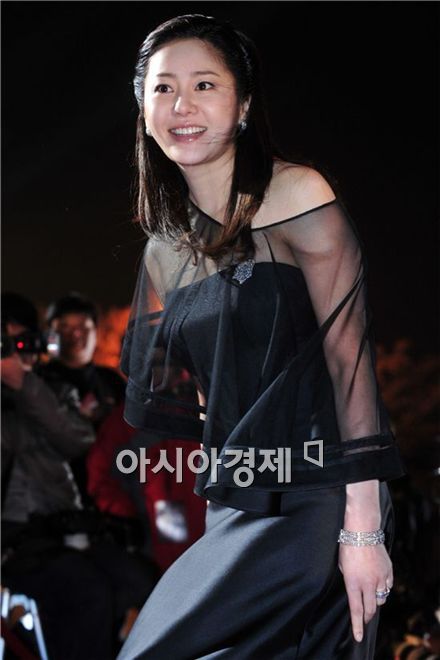 A new TV series starring top Korean stars Go Hyun-jung and kwon Sang-woo is scheduled to begin its run on October 6, according to the drama's production company Lee Kim Productions on Wednesday.

"Big Thing" ("Daemul - Big Thing"), based on the comic book series of the same title by Park In-kwon, is about a first-class gigolo (played by Kwon) who helps a human rights lawyer (Ko) to achieve her dream of becoming Korea's first female president.

"Big Thing" ("Daemul - Big Thing") will premiere after a series tentatively titled "My Girlfriend is a Gumiho" ends its run -- the show will start its run in August succeeding action drama "Bad Man" which will air next week.

Ko made her debut into the entertainment industry as a former Miss Korea in 1989. She is known as one of the top actresses in the country after her role in the hit series "Queen Seon-deok".

Kwon has starred in several dramas and movies since his debut in 2001. He is well-known for his roles in the 2003 TV series "Stairway to Heaven" and Korean films "My Tutor Friend" and most recently "71-Into the Fire".

"New Go Hyun-jung, Kwon Sang-woo series to air Oct 6"
by HanCinema is licensed under a Creative Commons Attribution-Share Alike 3.0 Unported License.
Based on a work from this source