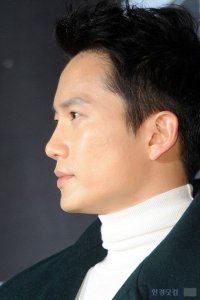 Actor Ji Sung is planning an official trip to Japan for the first time after his mandatory military service.

He became very popular in Japan after his part in the TV drama, "All In". After his 2-year military service, he made a successful comeback into the spotlight with the MBC drama "New Heart" (Teleplay by Hwang Eun-kyeong, Directed by Park Hong-gyoon). Next month, Ji Sung will be holding a large-scale event with fans at the JCB Hall of Tokyo Dome City.

"New Heart" was a huge success and brought Ji Sung significant attention along with various requests for commercial deals.

Re-runs of "New Heart" have been airing at the primetime hour of 9:00 pm (Mondays and Tuesdays) on the Hallyu entertainment cable channel Mnet since last month. The number of re-runs has increased due to the show's immense popularity in Japan.