[New Movie] "Stranger Than The Beyond" 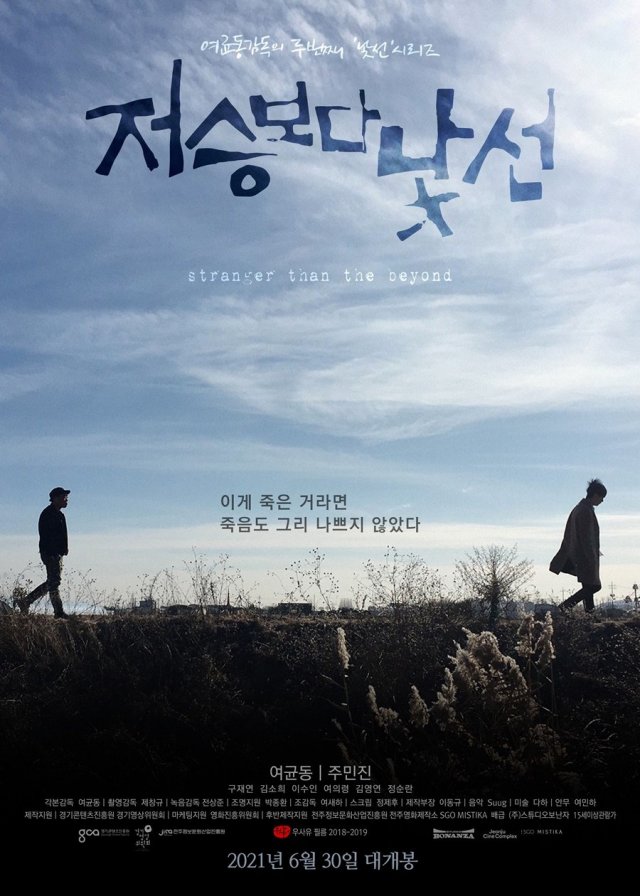 Korean movie "Stranger Than The Beyond" added to HanCinema database

Synopsis
"If death is like this, then death isn't so bad after all"

Min-woo, a film director is in a coma due to an accident. He strangely wanders like a ghost on a desolate embankment road around the new town where he was trying to film.
This place, which may be just his thought or consciousness, was paradoxically a paradise for him, who lived a busy and noisy life. Then one day, he met a man who doesn't remember anything and believes he's dead. Min-woo, who was talking about the fate of those who wanted to make stories of movies and stories, sympathizes with the fate of the dying man at a young age and the two get closer and closer. Min-woo tries to escape with him thinking he might be dead, but he's already getting used to the place and finding peace of mind...

Life and death exist and disappear in an empty place, similar to the afterlife, strange to say that it is not another world, and only a 'story' remains.