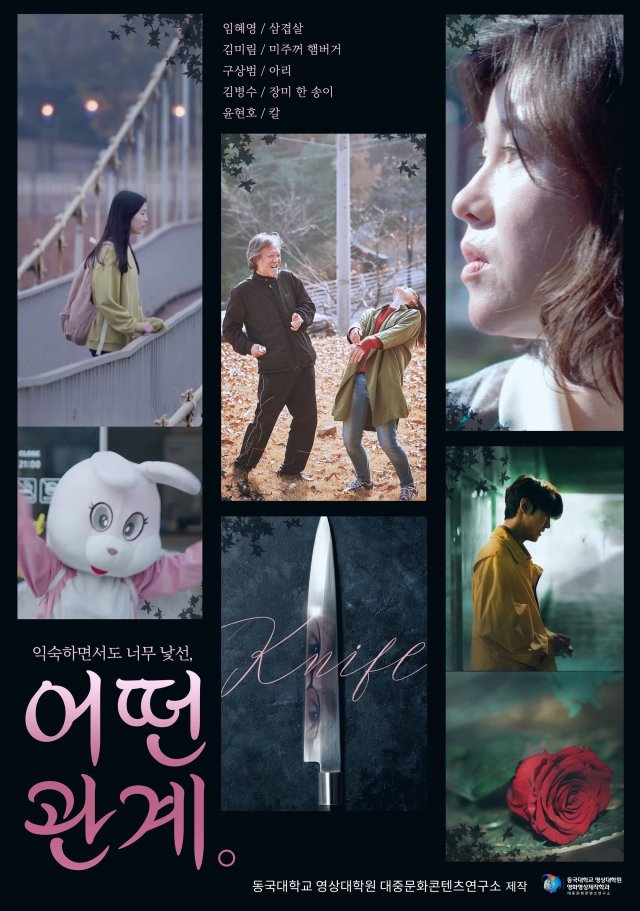 Synopsis
A story about familiar and unfamiliar relationships

Porkbelly (삼겹살, sam-gyeop-sal)
A showdown between an elderly daughter who is not married and a father who is not worried about his health. Why do you always complain to your family?

Ari (아리, a-ri)
Eight-year-old Na-ra and her mother take an intercity bus and head somewhere. Meanwhile, eight-year-old Ga-eun is walking with her hand in the hand of mother superior...

A Rose (장미 한송이, jang-mi han-song-i)
A butterfly effect caused by a rose. By receiving one rose every day, love sprouts in a homeless person's heart.

Knife (칼, kal)
A disciple brings a knife to Jun-man, a professor of film science who has been living a helpless life ahead of his retirement. From that day on, Jun-man gradually fell into the sharp and shiny figure of the knife...