New SBS weekend drama "Yeah, That's How It Is" with Jo Han-sun 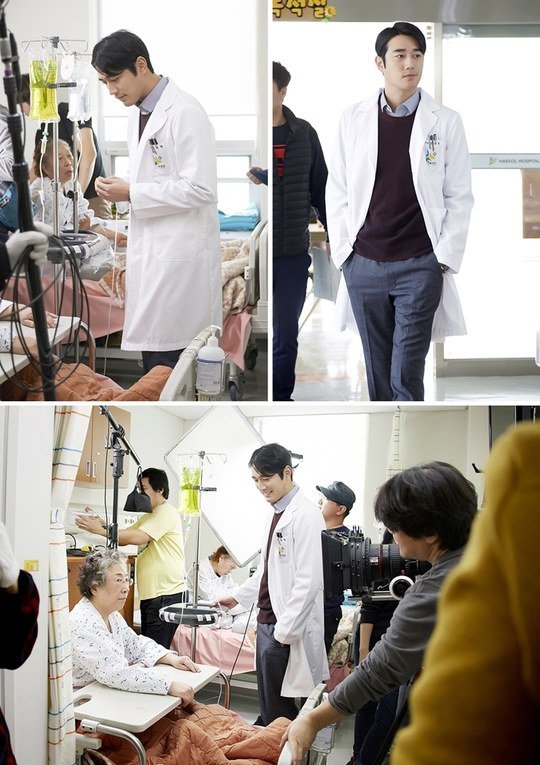 Actor Jo Han-sun is starring in the new SBS weekend drama "Yeah, That's How It Is" as Yoo Se-hyeon, a bad-tempered doctor.

Se-hyeon is Yoo Jae-ho (Hong Yo-sup) and Han Hye-kyeong's (Kim Hae-sook) second son who doesn't open up very easily. He is the best doctor at his hospital but he looks at the world in an analytical point of view. His outspoken and skeptical personality prevents him from seeing anyone. His ex-girlfriend Yoo-ri (Wang Ji-hye) wants to come back to him but he is cold towards her.

Jo Han-sun's first scene was taken in a hospital in Incheon on the 20th of December. He scolded a nurse for not injecting a patient the right way and did it himself. He put on a doctor's gown and looked like a professional doctor.

His charisma took over the scene as he pretended to be a talented doctor but his somewhat gentleness could also be found.

After the first making, Jo Han-sun said, "It's my first time working with [writer] Kim Su-hyun and I can't help but feel anxious. There's anxiousness that I cannot express with words but I am grateful to have this role".

"I always think that I am learning from new things. I don't try to stand out but try to blend in with the senior actors and actresses".

Meanwhile, "Yeah, That's How It Is" is a family drama that comforts the modern day people. Three generations of a family allows us to look back on the meaning of family and the preciousness of it. The drama stars Lee Soon-jae, Kang Bu-ja, Seo Ji-hye, Jo Han-sun, Shin So-yul, Nam Gyu-ri, Wang Ji-hye, Jung Hae-in, Kim Hae-sook, No Joo-hyun, Song Seung-hwan, Hong Yo-seob, Im Ye-jin, Kim Jung-nan, Yoon So-yi and more.

"New SBS weekend drama "Yeah, That's How It Is" with Jo Han-sun"
by HanCinema is licensed under a Creative Commons Attribution-Share Alike 3.0 Unported License.
Based on a work from this source