Newbie Choi Eun-seo will be act as the main character in MBC's daily drama 'Hurricane Couple'. 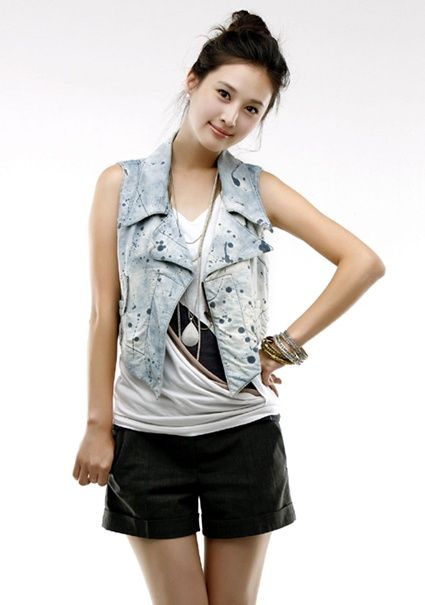 Choi Eun-seo, who appeared as Lee Min-ho's fiancée in "Personal Taste", will be playing the main role in the drama 'Hurricane Couple'.

'Hurricane Couple' is drawing attention by three factors. One, this is the follow up of 'Golden Fish'. Second, writer Na Yeon-sook, who wrote 'East of Eden', wrote the scenario of this. Third, Ko Dong-seon PD, who produced hit drama 'My Wife is a Superwoman', will produce this drama.

Choi Eun-seo will play as Sin Eun-hye, who has secret about her birth, but lives vigorously with the dream of being a writer.

Choi Eun-seo is doing her best to fit in her new character; she studied clothes, hairstyle, and also the internal side of the character. She said, “It is my pleasure to work with many famous actors. I will do my best.”

One official from MBC mentioned about 'Hurricane Couple' like, “This drama is the one that can bring heal and happiness to people of this generation. The standard of daily drama will be changed by 'Hurricane Couple".

'Hurricane Couple', which is the follow-up of 'Golden Fish', picked Choi Eun-seo and Hwanhee as two major characters.

On the other hand, Choi Eun-seo debuted by a magazine model, and stacked popularity by many CFs and dramas such as, "Sharp 1", 'Coffee Prince', and 'Dalja's Spring'.

"Newbie Choi Eun-seo will be act as the main character in MBC's daily drama 'Hurricane Couple'."
by HanCinema is licensed under a Creative Commons Attribution-Share Alike 3.0 Unported License.
Based on a work from this source