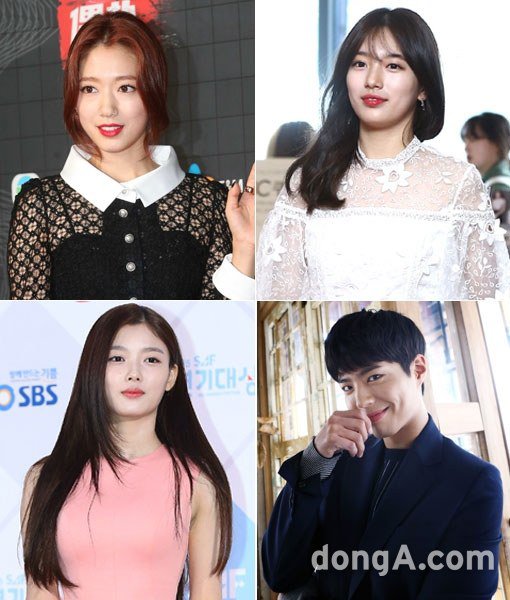 Young actors are coming to back with dramas later this year. Dramas are coming back with a lighter mood along with the hot summer weather.

Park Bo-gum from the tvN drama "Answer Me 1988", is starring in the KBS 2TV drama "Moonlight Drawn by Clouds" based on a web-toon. His partner is seventeen year-old Kim Yoo-jung. They are the youngest couple yet.

Idol members are taking over the MBC drama "Gaia" which is being produced by SM C&C. A famous male idol and a normal woman are stranded on an island after their plane crashes. Members of EXO were the initial targets of casting, but it turns out Chanyeol and Kwon Yuri from Girls' Generation are the lead acts.

The rush of young actors is thanks to the Chinese popularity of the drama "Descendants of the Sun". China is crazy about KPOP idols and their performances in dramas. It's also summer vacation season so the 'young bloods' can appeal more to the younger viewers.

According to sources, China welcomes dramas with young acts and idols.

"Next dramas to feature younger stars: Park Shin-hye, Suzy, Park Bo-gum, Kim Yoo-jung and more"
by HanCinema is licensed under a Creative Commons Attribution-Share Alike 3.0 Unported License.
Based on a work from this source