Next year's drama, pretty much the same 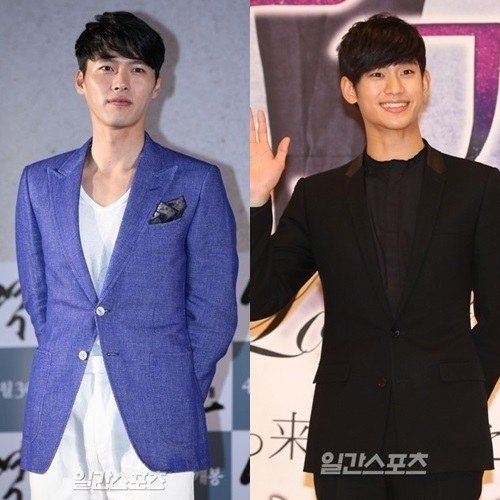 Ground wave broadcasting stations are putting together next year's dramas.

However, the ones have already been revealed all are pretty much the same and are confusing people with similar subjects. The main character is an actor and has DID (Dissociative identity disorder). From double personalities to seven egos there's a selection of them. We take a look at what's similar and what's not.

The first drama is SBS "Hyde, Jekyll and I" starring Hyun Bin. Jekyll is the evilest man in the world and Hyde is the opposite. A woman falls in love with both the personalities. This drama which is already famous all around the world is produced by Jo Yeong-gwang and is written by Kim Ji-woon-II. Kim Yeong-hyeon and Park Sang-yeon are the creators. The drama starts filming next month.

Kim Soo-hyun's "Dr. Frankenstein" is about a cold-blooded human who falls in love with a woman and forms a different personality. It's written by Kim Tae-hee-I and is produced by Lemon Rain. The fact that it's about a multiple-personality character is similar to "Hyde, Jekyll and I".

"Kill Me, Heal Me" is about a 7-personality character conglomerate and his female resident doctor. The production cost alone is estimated to be 15 billion won and is collaborated with Korea and China. Hyun Bin was mentioned as part of the cast at first but it fell through and there was much talk about it but it's now expected to be one of next year's greatest dramas.

Cultural critic Lee Ho-gyu said, "The competition for dramas with similar subjects will be intense next year. They've got to be careful as the casting of the drama might lose the essence of the drama".

"Next year's drama, pretty much the same"
by HanCinema is licensed under a Creative Commons Attribution-Share Alike 3.0 Unported License.
Based on a work from this source