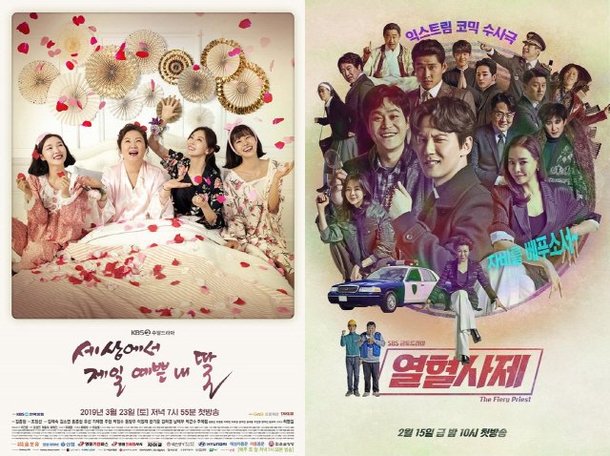 The company hasn't been able to share viewing rates and data on the 13th and 14th due to unexpected errors, which led it unable to collect information in least amount of panel household. Nielsen said, "Problems occurred in the process of viewing records".

Nielsen Korea does not disclose the ratings data if the viewing record collection rate is less than 85% of the total panel households.

Information collected about the 13th and 14th will be released on the 15th.

Nielsen Korea experienced similar circumstanced in November last year when the KT building in Choongchung-ro, Seoul suffered a fire. For four days, information couldn't be processed and there was a time in 2017 when the company came up with numbers much later than usual due to a system failure.

"Nielsen Unable to Reveal Viewing Rates for 2 Days"
by HanCinema is licensed under a Creative Commons Attribution-Share Alike 3.0 Unported License.
Based on a work from this source