No Min-woo Holds Concert for Earthquake Victims in Japan 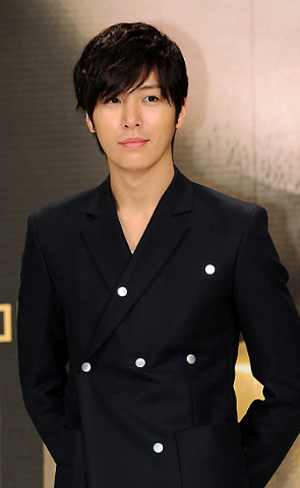 Actor and singer No Min-woo appeared in the fan meeting and concert entitled "Global Peace With Music 2012 – Our Bond", which was held at Nakano Sun Plaza Hall in Tokyo on March 20. He presented his excellent talent at playing the piano and guitar, and composing music during the concert, which enraptured the audience. The concert was organized by the non-profit organization UN's Friends Asia-Pacific to help the earthquake victims in Japan.

No Min-woo, who played the drums in the rock band Trax, presented a splendid drum performance during the concert that was held to commemorate the first anniversary of the earthquake. He sang a total of 14 songs including his own song "Come On", the new song "Greeting Spring", and Japanese rock band Luna Sea's representative song "I for You". Roh said, "These days, I am very busy filming the drama 'Full House 2', but I personally planned this event. I have received bananas and banana toys from many Japanese fans, so I named this event 'Rohnana Land'". He also revealed his feelings about the great east Japan earthquake, saying, "I made the song 'The Precious You' to express the feelings I had when the earthquake struck. You may have experienced a sad moment and suffered from the disaster, but I hope that you can take heart from this concert and feel happiness". He delivered encouraging messages to his fans.

No Min-woo received a letter of appreciation from the president of UN's Friends Asia-Pacific. Besides the concert, a fund-raising event was held by selling accessories that he personally designed, and the profits from the fund-raising will be donated to the earthquake victims.

"No Min-woo Holds Concert for Earthquake Victims in Japan"
by HanCinema is licensed under a Creative Commons Attribution-Share Alike 3.0 Unported License.
Based on a work from this source