No Min-woo presents a snack cart for "Full House 2" 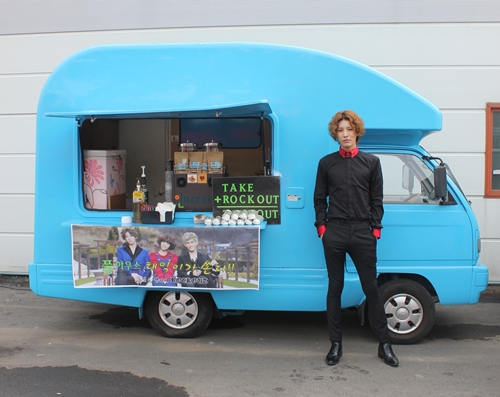 No Min-woo presented a mobile coffee and snack cart to the crew working hard in the cold weather.

No Min-woo, who is currently in the middle of shooting the drama "Full House 2", called for a mobile coffee and snack cart. A drama staffer said, "We were worried about the weather getting too cold but a hot cup of tea from the car helped a lot".

Based on an original story by writer Won Soo-yeon, No Min-woo is taking on the character of Lee Tae-ik in the drama "Full House 2". Lee Tae-ik is a young and caring person who is a member of the boy group 'Take One', but he appears to be an uncaring and selfish spendthrift on the outside.

"Full House 2" has been pre-sold to China and Japan and is due to be aired on the Japanese TV channel TBS.

"No Min-woo presents a snack cart for "Full House 2""
by HanCinema is licensed under a Creative Commons Attribution-Share Alike 3.0 Unported License.
Based on a work from this source