No More Typecast Roles as Lee Yu-ri Shows Her Range 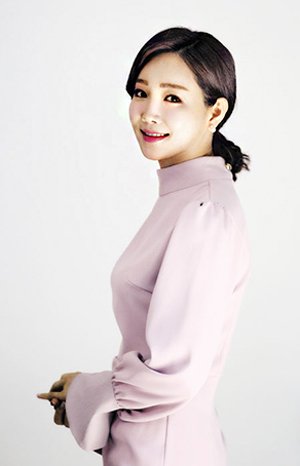 Actress Lee Yu-ri is attracting viewers with her role in a weekend TV series. In "Father is Strange", Lee plays a lawyer who appears outwardly cool but has a warm heart.

"In reality I'm nothing like this character. I'm not that calm or elegant", Lee said.

Since making her acting debut in a TV series in 2001, Lee has worked non-stop, appearing in more than a score of dramas and movies.

"I can't help but always be on the lookout for my next project. I don't like to sit around just waiting for an opportunity to come my way. The longest break I've taken was six months. Once I've been away from work for three months, I start getting anxious".

Early in her acting career, Lee was often cast in similar roles, mostly as a faithful wife or good homemaker. After playing such roles for nearly 10 years, she developed an innocent image, which was only reinforced when Lee, a devout Christian, married a pastor in 2010.

After getting married, however, she managed to break out as an actress, impressing viewers with her portrayals of a series of evil characters in TV series such as "Twinkle Twinkle" and "Jang Bo-ri Is Here!".

As for her next move, Lee said, "I'm very interested in playing the female antagonist in a historical drama or period piece".