No wonder Zico fell for Seolhyun, pictures of her as a student 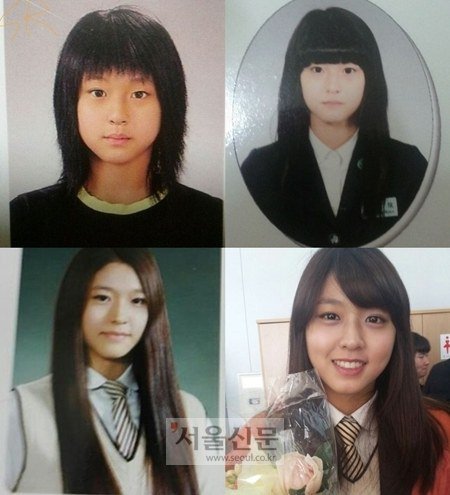 Zico and Seolhyun admitted to being together and Seolhyun's pictures have been re-highlighted along with their love story.

Pictures of the singer and actress came up on a community site. They are pictures of Seolhyun when she was in elementary, junior high and senior high.

She gets prettier as she grows older and is no different from how she looks today.

Meanwhile, FNC Entertainment finally admitted that Zico and Seolhyun are seeing each other.

"No wonder Zico fell for Seolhyun, pictures of her as a student"
by HanCinema is licensed under a Creative Commons Attribution-Share Alike 3.0 Unported License.
Based on a work from this source