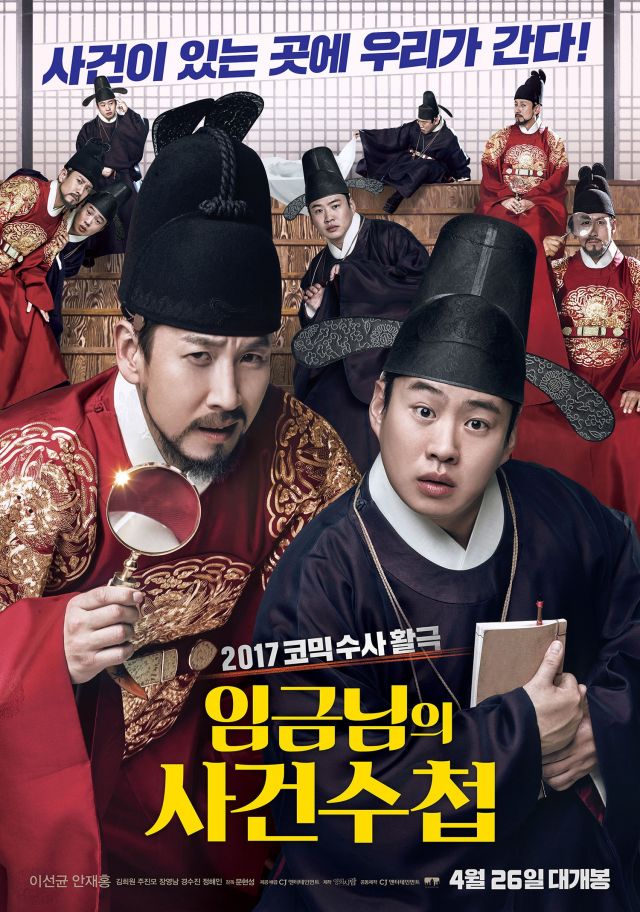 CJ Entertainment is releasing a new historical comedy film called "The King's Case Note" in L.A. and Buena Park, CA on April 28 and nationwide in Dallas, TX and other cities on May 5.

"The King's Case Note", a historical South Korean comedic drama starring Lee Sun-kyun ("A Hard Day", "The Advocate : A missing body"), and Ahn Jae-hong ("Missing You - 2016", "Answer Me 1988") is premiering in Los Angeles and Buena Park at CGV Cinemas on April 28 followed by a nationwide release on May 5, 2017. The film follows a king and his sidekick – who, while being bright, are not the smoothest of detectives – on a hunt to find the truth behind a crime that threatens the throne and the stability of the country. The film is distributed by CJ Entertainment, Asia's leading studio, and the signature film division of major media and content company CJ E&M.

The film is set during the Joseon Dynasty, where power was persistently threatened by political and social tug-of-wars, often leading to crimes and cover-ups. King Yejong (Lee Sun-kyun), takes it upon himself to gather evidence related to these criminal activities and solve the cases, bringing those responsible to justice. Helping King Yejong is his brilliant assistant, Seo (Ahn Jae-hong). In Hanyang, there were rumors of an event that would take place in an attempt to dethrone the king. Sensing opposition brewing, Yejong recruits Seo to help him discover the truth behind the unusual and potentially treasonous incident.
"The King's Case Note" is directed by Moon Hyeon-seong ("As One").

"[North America] Historical Comedy, "The King's Case Note" in Theaters Beginning April 28"
by HanCinema is licensed under a Creative Commons Attribution-Share Alike 3.0 Unported License.
Based on a work from this source