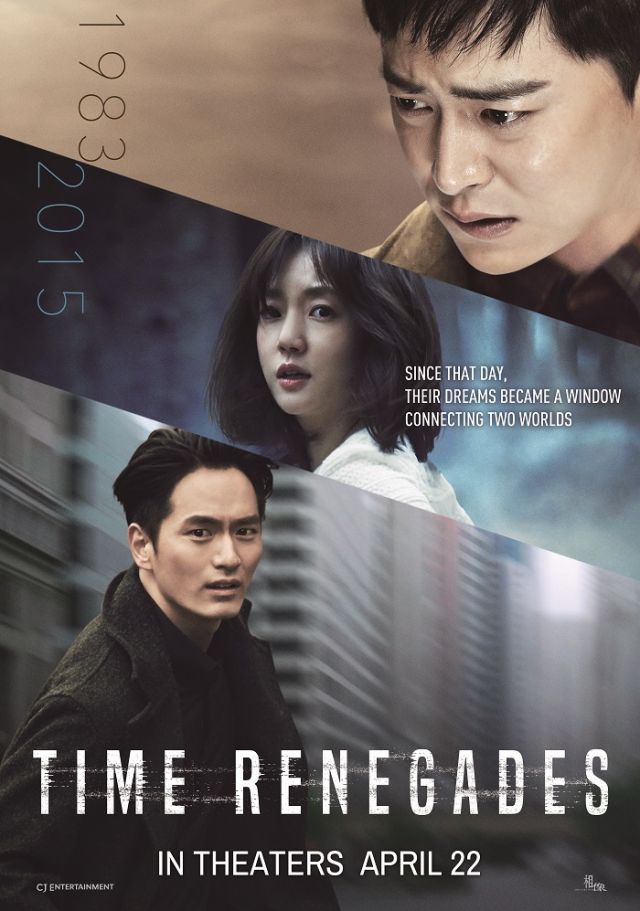 Synopsis
One murder, two different times.
Two men's desperate race against time to save one woman they both love.

January 1, 1983. High school teacher Ji-hwan (Jo Jung-suk) proposes to colleague and lover Yoon-jeong (Im Soo-jung), but moments later he is fighting for his life after he is stabbed by a mugger.

January 1, 2015. Police detective Geon-woo (Lee Jin-wook) is shot by a suspect.
The two men who live 30 years apart, fight for their lives on the same day, at the same hospital. As they come back from the brink of death, the two men begin to see through each other's eyes in their dreams.

The two men slowly come to the realization that the other is a real person living at a different time. Geon-woo is drawn by fate to So-eun (Im Soo-jung) who looks exactly like Yoon-jeong, Ji-hwan's fiancée he saw in his dreams. As Geon-woo looks through cold cases from the 80's, he learns that Yoon-jeong was murdered 30 years ago and begins to delve into the unsolved case. Meanwhile, Ji-hwan learns the fate of his fiancé Yoon-jeong through Geon-woo. The two men embark on a mission to change Yoon-jeong's fate.


About the Director kwak Jae-Yong

Date of Birth: May 22, 1959 / Place of Birth: Seoul, Korea
Since kwak Jae-Yong debuted with "Watercolor Painting in a Rainy Day" in 1989, he has become one of the leading directors of Korea with hits such as "My Sassy Girl". He is also behind "The Classic" that has come to be considered a classic, and earned the heart of the nation.
kwak Jae-Yong fell in love with "Time Renegades" soon as he read the script, and he added his unique brand of cinematography to give birth to a new genre that is 'melodrama thriller.'

Ji-hwan, the man of 1983
A music teacher who sees the life of Geon-woo in 2015 after an accident. Through Geon-woo, he learns that his fiancé Yoon-jeong will be murdered.

Jo Jung-suk | The man of details
Jo Jung-suk has been working in a range of fields including films, dramas and musicals. He began his careers as a musical actor and gathered a following among the fans of musical theater. He jumped to stardom with "Architecture 101" and swept the new comer awards. He followed up the success with "The Face Reader", "The Fatal Encounter", "My Love, My Bride - 2014" showing his talent across genres.
In particular, he has shown a meticulous attention to detail in his acting, and his latest movie will be the pinnacle of his career to date.

Geon-woo, the man of 2015
A police detective who dives into the case of Yoon-jeong's murder in 1983.
As he delves into the case, he meets So-eun and his world is thrown into turmoil.

Lee Jin-wook | Korea's time cop
From the movie "Beauty Inside" with which he stole the hearts of female fans to THE TARGET in which he showed off a masculine charm, Lee Jin-wook dominates the screen with his chiseled features, charismatic acting and the mysterious aura he carries with him. In the drama [Nine: Nine Time Travels] he proved his mettle as an actor. In "Time Renegadess" he once again takes on time as he searches for the truth.

Yoon-jeong, the woman of 1983
She is Ji-hwan's fiancé and the chemistry teacher at the same school, but she becomes mired in a dangerous case that threatens her very life.
So-eun, the woman of 2015
She is weary of a police detective who claims to have seen a woman who looks exactly like her, but she is drawn to the case and everything in her life changes.

"[North America] "Time Renegadess" to be realased in North America on April, 22"
by HanCinema is licensed under a Creative Commons Attribution-Share Alike 3.0 Unported License.
Based on a work from this source