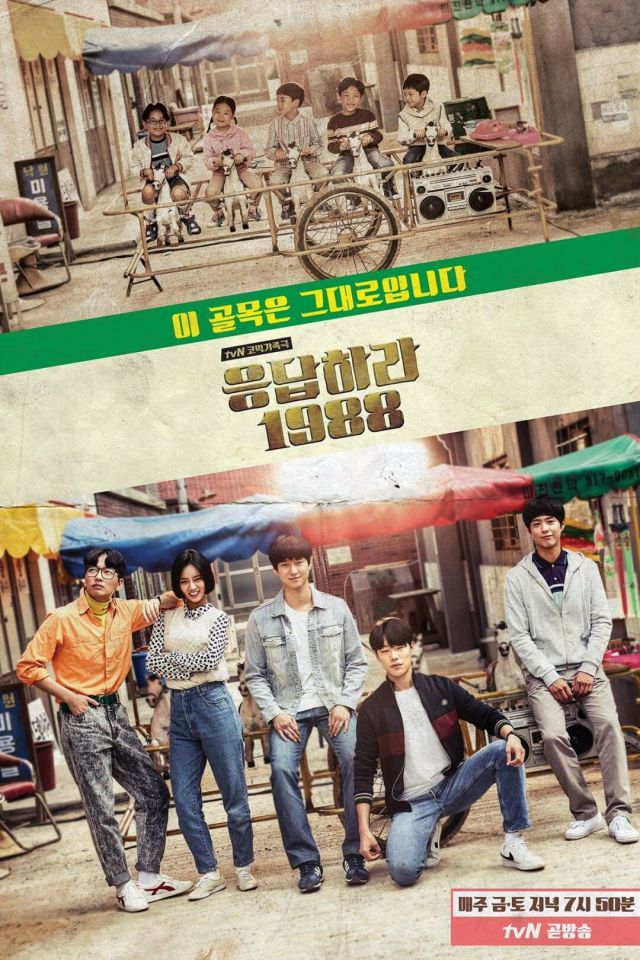 The nostalgic soap "Answer Me 1988" broadcast on cable channel tvN achieved a 19.6 percent viewer rating, which was the highest since cable TV started in Korea in 1995 and a rare feat even for terrestrial channels.

The previous record was 18.1 percent for the audition-based talent show "Superstar K" on the music channel Mnet in 2010.

"Answer Me 1988" appeals to all age groups. Viewers in their 40s and 50s are drawn by nostalgia, while younger audiences are mesmerized by the romantic relationships.

The show has sparked a craze for 1980s music and fashion here, with the show's soundtrack soaring to the top of the charts. It even prompted a brewery to reintroduce the Crown beer brand that was emblematic of the 1980s but scrapped in 1993.

The series focused on love and happiness between family members, neighbors and friends -- all virtues some feel are disappearing in today's society -- which contrasts with the often deliberately controversial storylines of mainstream soaps.

Hopes are high for a follow up to the series, whose predecessors were set in 1997 and 1994 respectively. There are bets that the next season will focus on 2002, the year when the World Cup came to Korean and Japan.

"Nostalgia Soap Achieves Record Ratings for Cable"
by HanCinema is licensed under a Creative Commons Attribution-Share Alike 3.0 Unported License.
Based on a work from this source